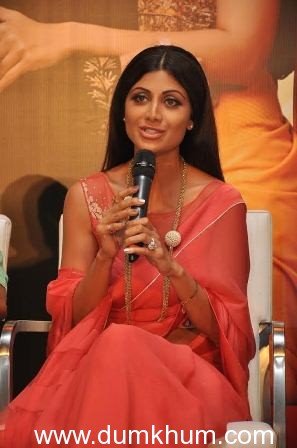 Best Deal TV is the first celebrity-driven TV Commerce channel in India and has inked endorsement deals with major A-list celebrities and top TV stars in the country. The products available on Best Deal TV are categorized into Lifestyle, Home, Fashion, Health & Beauty.

Talking about the new-found partnership says Shilpa, ” We needed someone who people who believe in and over the years, Akshay has earned people’s respect through movies. So have I. So we wanted to associate with someone credible and it was very nice of Akshay to come on board. Raj went and met him and when he discussed the idea, Akshay liked him so much that he said he wanted to partner with us. We have a lot of other actors who are on board as well but in different capacities.”

Ask Shilpa whether being a businesswoman is tougher than being a mother adds Shilpa “It is easier being a businesswoman than a mother. Acting is a 9-5 job and that has definitely taken a backseat but that is because I am a full-time mom and proudly so. I am very happy with my TV and endorsements. Unfortunately, I left the industry at the time I was at my best in terms of understanding movies but I will get back. And when that happens, I know I will be good”