Kolkata,  Having tasted critical acclaim with his debut film ‘Super Se Upar’, Director-Producer Shekhar (Kitu) Ghosh’s is leaving no stone unturned to ensure widespread success for his next venture ‘Chowky’, which incidentally has already started being talked about as a must watch movie.  Shekhar, in almost a first of its kind marketing initiative in the country, has begun screening the entire movie to key media schools around the country so as to ensure a good ground swell and word-of-mouth for it well before its release which is slated for October 2014. The first such screening was held at the prestigious Satyajit Ray Film & Television Institute (SRFTI) in Kolkata yesterday. Apart from showcasing the movie, Shekhar also conducted a workshop with the student on its making. 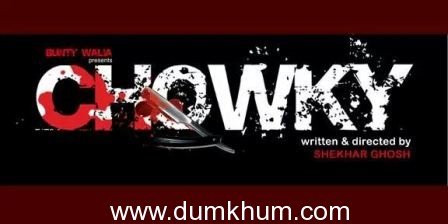 While Shekhar, for whom ‘Chowky’ is a passion project for which he feels strongly, expected a positive response from the students, the overwhelming response took even him by surprise. Commenting on the response, Shekhar said: “Chowky to me, like all of us involved in this it, is a project of passion. We all believe in it and have given it our whole. Hence to see a whole batch of media students from one of the leading media schools in the country go into pin-drop silence was quite an overwhelming experience. 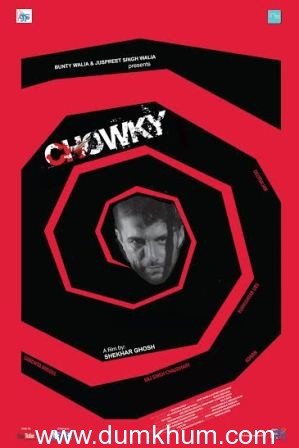 “Going forward we do intend to do many such screenings at leading media schools across the country including FTII and even Symbiosis, amongst others,” added Shekhar. Director kicked off this  has already been making rounds about it being a movie to watch out for. The team consisting of director and the lead actors Yudishtir Urs, Sandhya Mridul and debutant Deepanjan Chakraborty were present at the SRFTI where they showcased the movie and also conducted workshops with its students. 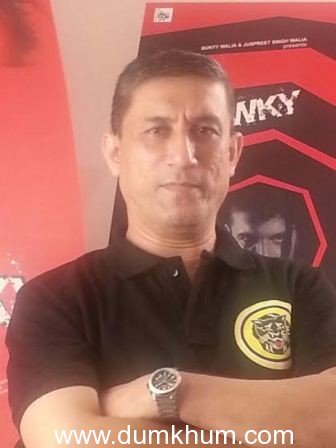 Chowky, is a suspense thriller that features youth heartthrob Yudishtir Urs and ex NSG Commando and debutant actor Deepanjan Chakraborty in the lead along with the highly talented Sandhya Mridul and Raj Singh Chaudhary of Black Friday and Gulaal fame. It is a story of one night between two strangers with a lot of twists and turns. The film revolves around a criminal and a sub-inspector, over an eventful night, in a Chowky (police station) where fate has got the two together in what turns out to be far more intriguing and potent than a mere face-off between the two. GS, one of the leading names in the Indian entertainment industry started business in 1995 as an event management and film production company. Having scaled the heights of success, the company has ventured into the diversified fields of television software development, weddings, ad films, music videos and celebrity management. What sets GS apart is vision, talent, expertise and attention to detail which shows in the flawless planning and execution. Some of the biggest Bollywood shows in India and abroad have been co-ordinated, scripted & directed by gs entertainment. In addition gs has produced four films ‘Pyaar Kiya to Darna Kya’ (1998), ‘Hello Brother’ (2000), ‘Maine Dil Tujhko Diya’ (2002) and ‘Ek Ajnabee’ (2005).