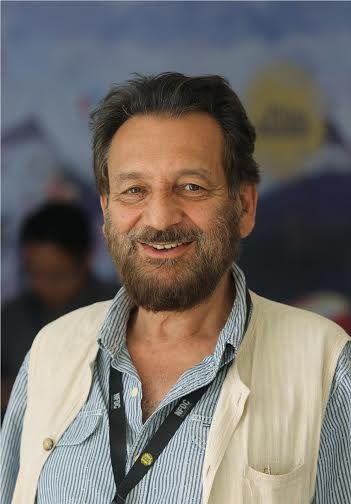 ~In his first television foray, film-maker to work with ‘Homeland’ actor Bradley James, series produced by Fox to air in 2015~

After over two decades of making iconic films and bagging top international awards, Shekhar Kapur is set to take his storytelling to a new medium altogether. The film-maker has committed to direct a new television series, Damien, a sequel to the 1976 Hollywood classic, The Omen. This would also be Kapur’s first venture in the horror genre.

The series is based on the mysterious child from the original film, Damien, will feature actor Bradley James of Homeland fame in the lead role, tracing the life of an adult Damien Thorn.

Scheduled to be aired on the American cable network ‘Lifetime’, Damien will be produced by Fox TV Studios and will have a six-episode run. The series will depict the sly child as a mysterious man, seemingly unaware of the satanic influences that surround him. With his past continuing to haunt him, he is forced to accept his destiny as the Antichrist – the most feared man through the ages.

The TV series is written and produced by Glenn Mazzara under his banner, 44 Strong Productions. Mazzara is well known as writer for the hit TV series Walking Dead. For the Bafta and Golden Globe nominated director, who’s films have won and been nominated for several Academy Awards, Shekhar Kapur, this will be a brand new journey, but one which he feels will be immensely gratifying. “The Omen was a powerful film. To adapt it after so long, especially for TV, will be challenging, but I believe we have a terrific script on our hands,” he says.

The series is slated to premiere in 2015.