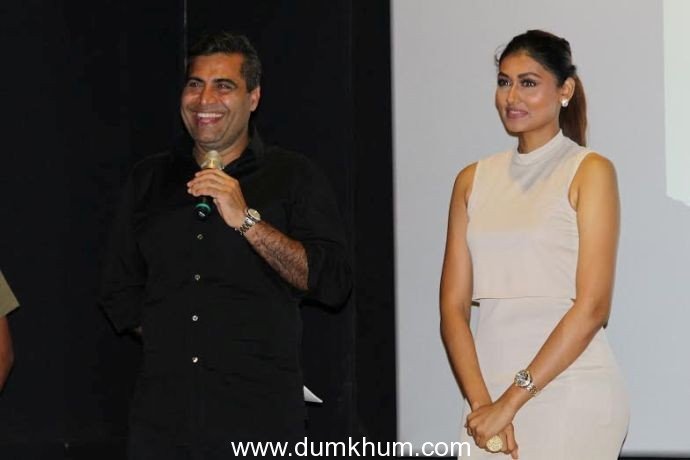 Once ranked as 12th Most Powerful Man in Bollywood (2009), Shailendra Singh is ready to advise and inspire the next generation of Bollywood talent. On Feb 18, 2015, he shifts from being India’s most prolific Producer and makes his Directorial Debut with the launch of his new film banner- ‘Long Story Short Films’.

“The walls of Bollywood are thick and high,” says Shailendra. “I want to use my 25 years of experience in the industry to launch a mirror to Bollywood. A parallel Indian cinema universe where I can help young people to climb those walls.‘Long Story Short Films’ is just the beginning.”

Always at the forefront of entertainment trends, Shailendra is targeting India’s 600 million under the age of 25, by writing, producing and directing short format cinema for digital and mobile. With over one billion mobile phone subscribers in India, Shailendra is banking on the future of digital content. Culture Machine, a digital entertainment company, will be distributing Shailendra’s “Shailendra Singh” channel on Youtube. The first offering on the channel, under the banner of ‘Long Story Short Films’ is a series called, ‘No Sex Please’, which includes 10 short films that have been written and directed by Shailendra Singh.

Alongside the launch of the Shailendra Singh channel on Feb 18, Shailendra will release a promotional music video for “No Sex Please”, composed by the famous Sajid-Wajid duo. The music video will feature Sajid Khan himself, in his first-time-ever appearance on screen.

Following which, the first film in the ‘No Sex Please’ series – entitled Rape – will be premiered in front of the media at The View preview theatre – AndheriLink Road, above Hardrock cafe, Fun Republic Lane, Mumbai 53. A merchandise line for ‘No Sex Please’ will also be debuted that day. Shailendra Singh has had a long and industrious career in Bollywood since launching Percept Pictures over 25 years ago. Percept Pictures was consistently ranked in the top 5 studios in India and produced over 72 films. At one point in time, the studio was releasing one film a month, an unheard of rate.

“Bollywood is currently completely star driven. But there are millions out there who have a concept, a skill, a vision and most of all, the hunger to make it in this business. They need a mentor, and they need the right platforms. Bollywood Next is waiting out there for their chance, and I’m going to give it to them.”