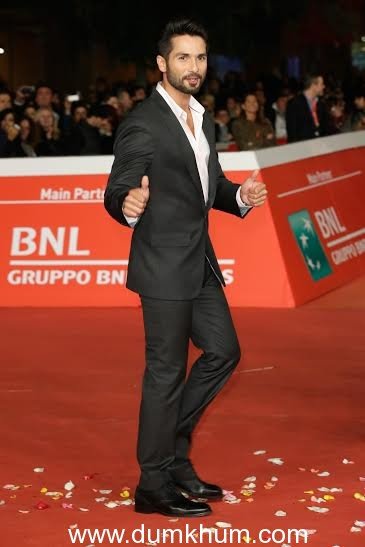 Shahid has been shooting in Leeds U.K for his upcoming film Shaandar along with Alia Bhatt. However, the ace actor recently decided to attend the Rome Film Festival on an impromptu note.

Shahid took special permissions from Vikas Bahl to give him two days off . While Vikas readily agreed, Shahid ensured the shooting schedule does not get affected by his absence.

While he made a quick visit to Rome and only stayed there briefly. The talented actor shot extra hours once he came back to cover up for his absence. He almost shot for 14 hours at a stretch. 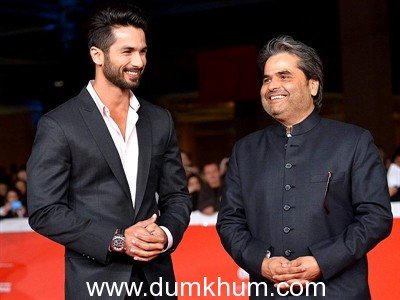 Haider won the people choice award at the film festival and Shahid was elated and was glad he made the visit. It is a prestigious award and infact it is for the first time an Indian film has won this award.

Shahid Kapoor has been basking in the praises for his performance in Haider. The Rome film festival marks how the film is also getting acknowledged internationally.

Shahid’s spokesperson confirmed the news and added “It was a very special moment and Shahid was glad he managed to visit the film festival along with Vishal sir.”