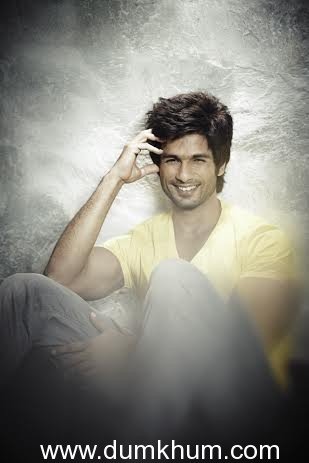 Shahid Kapoor seems to have become the talk of the town. The actor’s performance in his recent film has got everyone spellbound.Playing a famous character in the Indian adaption of Hamlet the actor has caught the eyes of another veteran author. In a recent interview Ruskin Bond stated that he would like Shahid Kapoor to play his character onscreen if a biopic was ever made on him.

Shahid Kapoor has gathered a lot of attention with his recent release. The actor has made a mark by his extraordinary acting skill. He has in a phenomenal manner showed his versatile and layered acting skill.

His performance has got a lot of people in the industry talking about the actor’s recent work. When Shahid heard about Ruskin’s declaration he was more than delighted. He is a fan of Ruskin Bond and his very famous book character Rusty. The author is known to for his lighthearted creation.

Shahid was very happy and honored by Ruskin’s thoughts of him and would love to play his character. Spokesperson confirms the news and adds, “Shahid was overwhelmed when he heard about what Ruskin Bond had said. For him it is an honor to be chosen by such a veteran writer. Shahid would like to thank him on considering him to play such a well known character.”