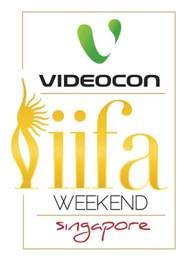 Shahid Kapoor to Host the 13th IIFA Awards in Singapore

Actor, Shahid Kapoor is set to win the hearts of over 800 million viewers across the world as he hosts his first IIFA Awards, in Singapore next month. A ‘Friend of IIFA’, Shahid has previously performed at IIFA in Singapore (2004) and Amsterdam (2005). The Videocon IIFA Weekend will be hosted in the Lion City of Singapore from the 7th to the 9th of June, this year. Known for his boy-next-door good looks and natural flair for acting, Shahid’s hosting skills laced with his very own straight-faced hilarious dialogue delivery will give the IIFAs a different look this year. While the night will have its share of the awards, glitz and glam that goes with the mega event, the host for the evening will also have celebrity co-hosts. The Videocon IIFA Weekend celebrations, presented by Videocon and organized by Wizcraft International Entertainment, will see the entire Indian film industry in Singapore for the 3-day weekend. The weekend will feature various film briefings, the IIFA World Premiere of SHANGHAI featuring Kalki, Emraan Hashmi and Abhay Deol, IIFA Rocks – a fashion and music extravaganza, culminating with the night of nights, the IIFA Awards presentation ceremony.