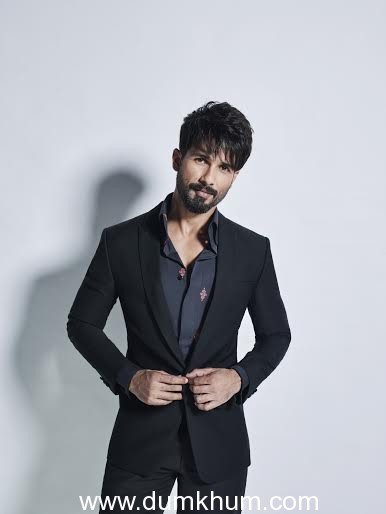 ~ Debuts as a Judge on India’s premier Dance Reality Show ~

COLORS’ premier dance reality show, Jhalak Dikhhla Jaa, has raised the bar for the upcoming season of the show by roping in critically acclaimed actor and dancer par excellence,  Shahid Kapoor as a judge on the show. Coupled with the volley of exceptional dancing talents who have signed up for the show, an all-new format that promises to change the meaning of dance in every viewers’ dictionary promises to enthral viewers unlike ever before. Joining actor, producer & director par excellence  Karan Johar on the judges’ panel, Shahid Kapoor will take viewers on a whirlwind journey of his dance roots that have been instrumental in catapulting his acting career as well! And now, as Shahid Kapoor is set to start a new chapter in his life with his impending marriage, Shahid believes that it is time for him to return to the true love of his life – dance!

Commenting on the newest season of Jhalak Dikhhla Jaa, Raj Nayak, CEO – COLORS, said, “Television has become the primary choice of engagement for the film industry with its reach and direct audience connect making it centrestage for mainstream popular entertainment.  At COLORS, we have a legacy of providing the perfect platform to the biggest names from the film industry like Salman khan, Anil Kapoor , Akshay Kumar, Rohit shetty , Anupam Kher  Priyanka Chopra , Madhuri Dixit-Nene etc among others, to move one step closer to their viewers through interactive and engaging formats. We are excited to welcome Shahid Kapoor to the COLORS family through his TV debut as judge on Jhalak Dikhhla Jaa; on the back of the box-office success of his latest films, with the most recent feather on his cap by bagging  the top honours at IIFA.Shahid’s appeal is enormous across age group, especially amongst youth who take inspiration from his career graph from being a dancer to becoming one of today’s most sought after actors. His understanding of dance is unparalleled and his contribution to Jhalak Dikhhla Jaa will enable us to raise the bar of entertainment that the show brings to viewers year-after-year. Having said that, we would also like to thank Madhuri Dixit-Nene for being the ultimate connoisseur of Jhalak; this journey would not have been possible without her.”

Speaking about his stint as judge, Shahid Kapoor said, “When I first took up dancing, I had the privilege to work closely with some great mentors to not only honed my dance skills, but also helped me to shape my personality. As I join the Jhalak Dikhhla Jaa family as its judge, I am looking forward to share my learnings and experience with the contestants. Being a dancer brought discipline to my life and changed it completely; I’m now hoping to transfer some of the knowledge towards shaping the young and talented choreographers in our country.”