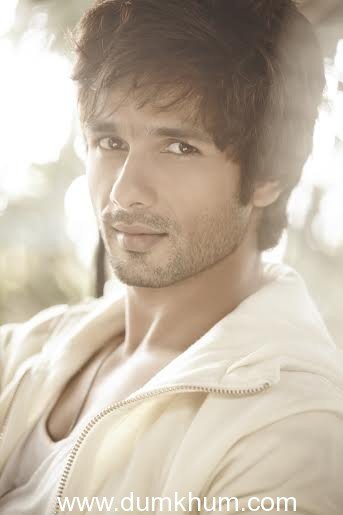 Shahid turns 34 years today. The young actor has had an interesting journey from a background dancer to one of the leading actors.

Shahid has had an interesting body of work and yet there is more good in store for him. Shahid Kapoor’s last outing; Haider won him accolades from everyone. His performance was absolutely loved. The actor has an interesting mix of projects in hand right now where he will be seen in different avatars.

While he has finished shooting for Shaandar with Vikas Bahl, he will soon start shooting for Abhishek Chaubey’s Udta Pubjab. Udta Punjab is a very demanding role and Shahid has been prepping for the same.

In the latter part of the year Shahid will begin shooting for Maghadheera which again would be an out of the regular script and Shahid would have to learn to ride a horse, sword fighting and get an absolutely different look.

Shahid also has Farzi which is currently in the scripting and pre production stage.