Shahid Kapoor handpicking his next slate of films 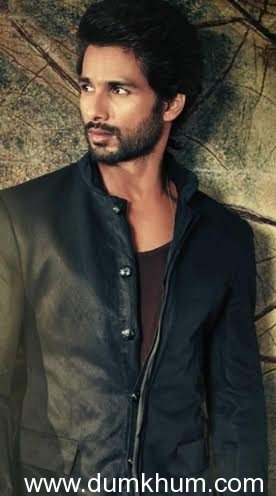 Shahid Kapoor was in a lengthy shooting and dubbing schedule for Haider.

Having some time to spare now, the actor is actively reading scripts and deciding what he should be doing next.

Shahid has dedicated 3 – 4 hours a day to reading scripts. He wants to ensure the film he signs is challenging and helps him push the envelope as an actor.

Shahid’s last outing was R… Rajkumar which was an out and out masala film, post which her started shooting for Haider.

Going forward he is keen to do roles which allow him to experiment and build on his craft.

He is keen to explore different genres and diverse roles. Thus he is on the lookout for good scripts which excite and inspire him.

Source close to Shahid shares “He has been reading scripts and actively discussing work with close friends and family.”

As of now he two films on the horizon. He will be seen in Vikas Bahl’s Shaandar and Abhishek Chaubey’s next