Even fate cannot frown continuously on a hard working and truly talented person! And today, the Baadshah of Bollywood (as he is famously called), Shah Rukh Khan rides cars that are worth million bucks. “My first jeep (second four-wheeler in life after a van) that I had bought during the shoot of Raju Ban Gaya Gentleman was acquired by the bank for non-payment of the money. Juhi then lent me her car for the remaining shoot. Years later, when I was at a hill station for the shoot of Trimurti, I was being driven around in a car and suddenly I realized that the car looked familiar. Apparently, they had sold the cars in lots and the one in which I was, was my car (which was taken away from me!). I used to ride in the car with Jackie (Shroff)”, Shah Rukh Khan told Garima Kumar who hosts ‘Yaar Mera Superstar’ on Zoom.

Watch Shah Rukh Khan reveal more incidents about his life in the full episode of Yaar Mera Superstar on Tuesday, the 15th December at 7.30 pm only on Zoom! 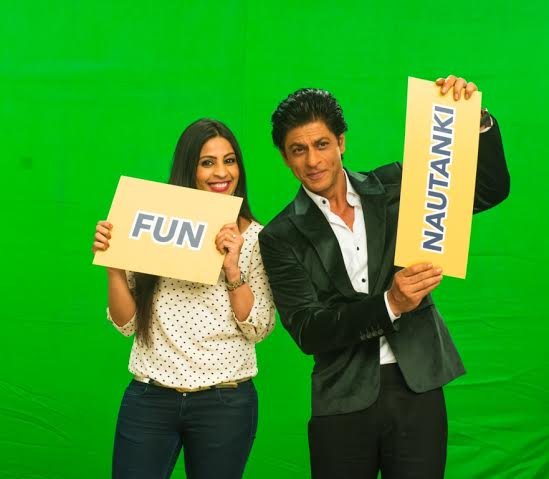 2.  Do Varun and Kriti think DDLJ’s Raj and Simran exist in real life?

Kriti Sanon and Varun Dhawan who represent the youth of the country recently expressed that the iconic couples of silver screen, Raj and Simran from Dilwale Dulhaniya Le Jayenge don’t exist in real life. Kriti shared that “we girls are tired of looking for a guy like Raj but haven’t ever found one. I really doubt such guys exist.” Varun Dhawan, taking boys’ side, told Garima Kumar who hosts ‘Yaar Mera Superstar’ on Zoom that “even girls like Simran don’t exist.” Shah Rukh Khan who was also a part of the show, ‘Yaar Mera Superstar’ jokingly commented on Varun’s reply saying, “he’s very clear about the girl. If she doesn’t love him, he’ll push her off the terrace, and even if she loves him a lot, he’ll still throw her because he wants his freedom.” Now that’s quite a revelation about Varun!

Watch Shah Rukh Khan reveal more about Kriti and Varun’s personality in the full episode of Yaar Mera Superstar on Tuesday, the 15th December at 7.30 pm only on Zoom! 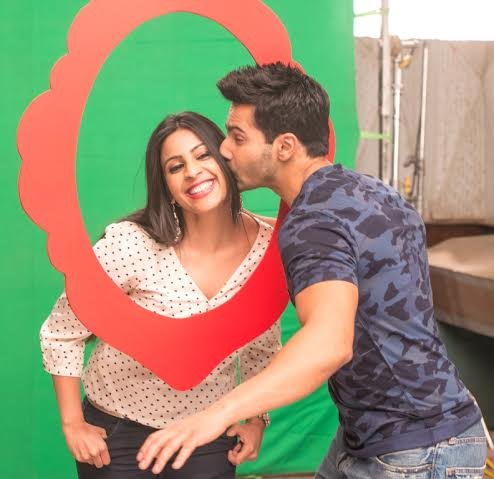 Varun Dhawan is one desirable, young, handsome bachelor in the film industry today. While many girls would kill to share a front seat ride with him, Varun feels thrilled about the thought of being in a car with a girl who is driving it instead. “I like it when girls ride the car. I enjoy that. I can tell them wherever I want to go. I like women mothering me and pampering me”, Varun told Garima Kumar in Yaar Mera Superstar, a show on Zoom.

Watch Varun Dhawan share more about his likes and choices in the full episode of Yaar Mera Superstar on Tuesday, the 15th December at 7.30 pm only on Zoom! 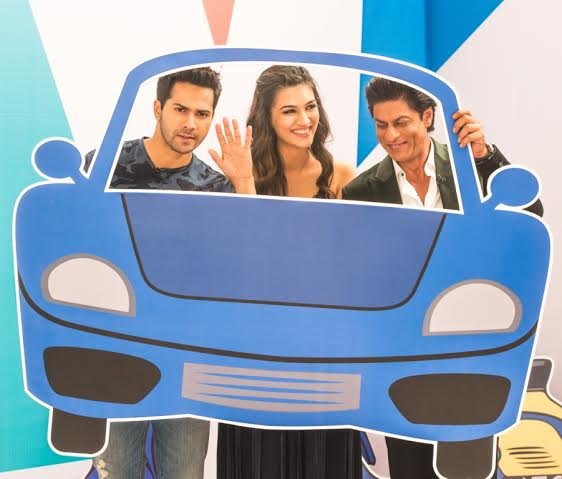 4. What puts Kriti Sanon off?

Kriti Sanon, the charming newbie of Bollywood, recently bought her first luxury car. “I recently bought my first BM with my own money. Though I’m not a car lover generally, I’m really happy about that. I’m fond of driving but not on Indian roads as there’s too much traffic here. I love long drives and I love bike rides more than anything else”, Kriti shared with Garima Kumar on ‘Yaar Mera Superstar’, a show on Zoom.

Watch Kriti Sanon share more about her life and likes and choices in the full episode of Yaar Mera Superstar on Tuesday, the 15th December at 7.30 pm only on Zoom! 5.  Reel life romantic Shah Rukh does not believe in carrying his heart on his sleeve in real life!

Bollywood superstar Shah Rukh Khan is a father to three lovely kids – two sons and one daughter. While his heart beats for his adorable kids, he prefers not sharing his feelings with people always. “I don’t always express and say but that’s how love should be. I may be doing it in films, but I don’t in real life. It is nicer to keep it in your heart. It  makes you deeper, sweeter, kinder, gentler and also darker”, Shah Rukh Khan shared with Garima Kumar on ‘Yaar Mera Superstar’, a show on Zoom. On another question about what his fantasy is, Shah Rukh told Garima,  “If I were to romance a girl in a car, I would want her to drive it. This is my fantasy. This is the closest I have come to any romantic fantasy that the girl drives me. Even on my outstation shoots, I don’t tell my heroines why but I ask them ‘Would you like to drive?’.”

To watch the full episode, watch Yaar Mera Superstar on 15th December (Tuesday) only on Zoom.