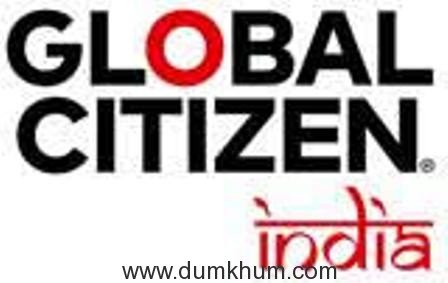 Global Citizen India reveals the latest artist line-up which will blow your minds away;

In its first year, the Global Citizen India movement is focusing on three major issues integral to eradicating extreme poverty: Quality Education, Gender Equality and Water, Sanitation and Hygiene. The current Action Journey focuses on Gender Equality issues in India, setting out to redress the balance and ensure that women and men have equal opportunities.

Sachin Tendulkar, Global Citizen India ambassador said, “As a country India is united with the world in fighting open defecation and improper sanitation. Our efforts in sanitation play an important role in maintaining a healthy lifestyle and also ensuring basic human dignity. I am pleased to lend my support to Global Citizen India in their efforts towards the sustainable development goals of water, sanitation and hygiene.”

Parineeti Chopra, one of the new artists to have joined the movement continued, “In today’s day and age, it is extremely necessary for every individual to work towards the sustainable development goals. I’m thrilled to be a part of the Global Citizen India initiative as it educates people about crucial global issues – gender equality, water, sanitation and hygiene, quality education being just a  few of them. Through the Global Citizen platform, each one of us can play a part in this journey by doing our bit, by taking actions for a positive change; to make this world an even better place to live.”

Vijender Singh, one of India’s finest sportsmen said, “In a world full of competition, we as sports people need to constantly focus primarily on our training. But I believe it is also necessary for us to make time for the greater good of the world. Global Citizen India is such a huge platform through which I along with so many dignitaries can play an integral part in taking a step towards positive social change. It is important to take this step together for all of us in India and the world to work towards the Sustainable Development Goals and transform our world by 2030 – it is of utmost priority for every individual to be living in a safe and clean environment, have quality education and all genders need to be rising equally.”

Bhavya Bishnoi, Global Citizen India spokesperson mentioned, “As Indians, we face several challenges that branch from cultural, religious and social stereotypes, thereby presenting a hurdle to our nation’s development and hindering the eradication of extreme poverty. With the Global Citizen India movement, we seek to take collective action toward addressing these challenges and improving the state of the world. We believe that the aim of poverty alleviation by 2030 is within reach provided every individual across the globe takes responsibility and steps up to the plate.”

Eighty percent of the tickets to the November 19th festival will be given out to Global Citizens who earn them by taking action.

Global Citizen India is a movement brought to India by Global Citizen, a social action platform, and The Global Education and Leadership Foundation (tGELF), an organisation focused on cultivating ethical, altruistic leadership to improve the state of the planet through collective action.  Global Citizen India will comprise a distinctive mix of events, grassroots activism, media campaigning and online activation, to catalyse India’s 15-year journey towards achieving the Sustainable Development Goals, and to bring about the end of extreme poverty.

About the Global Citizen Festival India 2016

The inaugural Global Citizen Festival India, to be held at the MMRDA ground in the Bandra-Kurla Complex in Mumbai on 19 November 2016, will be Global Citizen India’s first initiative. The festival will be headlined by Coldplay, JAY Z, Aamir Khan, Arjun Kapoor, A. R. Rahman,  Arijit Singh, Amitabh Bachchan, Ayushmann Khurrana, Dia Mirza, Farhan Akhtar, Kareena Kapoor Khan, Katrina Kaif, Malaika Arora Khan, Monali Thakur, Parineeti Chopra, Ranveer Singh, Sachin Tendulkar, Sakshi Malik, Shah Rukh Khan, Shankar Ehsaan Loy, Shraddha Kapoor, Sonakshi Sinha and Vijender Singh. Several major artists and international guests will be announced at different stages of the campaign. To find out more visit www.globalcitizen.in, follow @glblctznIN on Twitter and Facebook, and on Instagram using #GlobalCitizenIndia. Global Citizen Festival India is being presented by Colors Viacom18 and powered by UPL. It is being hosted in Mumbai in association with the government of Maharashtra and event-produced by Wizcraft International Entertainment PVT. The United Nations is a partner, and the Times of India Group and Viacom18 are strategic partners. Other partners include Google, Taj Group of Hotels, BookMyShow and MakeMyTrip.