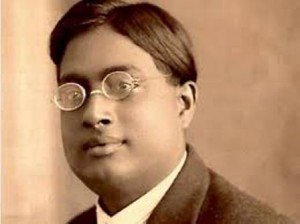 The world is celebrating the discovery of the sub-atomic particle at CERN, Geneva, which many believe could well be the long sought after Higgs-Boson. This particle is also called the ‘God Particle’ because its existence is fundamental to the creation of the universe.

School physics teaches us that everything is made up of atoms, and inside atoms are electrons, protons and neutrons. They, in turn, are made of quarks and other subatomic particles. Scientists have long puzzled over how these minute building blocks of the universe acquire mass. Without mass, particles wouldn’t hold together and there would be no matter.

One theory proposed by British physicist Peter Higgs and teams in Belgium and the United States in the 1960s is that a new particle must be creating a “sticky” field that acts as a drag on other particles. The atom-smashing experiments at CERN, the European Center for Nuclear Research, have now captured a glimpse of what appears to be just such a Higgs Boson like particle.

British Physicist Peter Higgs of the ‘Higgs-Boson’ is a familiar name in the world of science. However, it is not well known that the term Boson, owes its name to the pioneering work of the late Indian physicist, Satyendra Nath Bose. He is a forgotten hero, even in India, even though he won a world wide fame for his association with the great Albert Einstein in developing a theory of the particle-like qualities of light.  His pioneering work on the quantum theory of light provided the foundation for Bose-Einstein Condensates, a new state of matter in which thousands of atoms condense into a single giant atom that behaves like a wave. Particles that follow Bose’s statistics have been named bosons in his honour.

Who was Satyendranath Bose?

As a student of the Hindu High School, Bose once was awarded 110 marks out of 100 in mathematics because he had solved some problems in the exam paper by more than one method. He made a name for himself in school due to his love for science.Later he attended the Presidency College also in Calcutta, where another noted scientist Meghnad Saha was his fellow student.  Bose came in contact with teachers like Jagdish Chandra Bose and Prafulla Chandra Ray, who provided inspiration to aim high in life.

In 1924, while working as Reader in the Physics Department of University of Dacca, Bose wrote a paper on novel way of counting states with identical particles. This paper was seminal in creating the very important field of quantum statistics. His paper was not accepted for publication at once.

Not losing heart, Satyendranath Bose sent the article directly to Albert Einstein in Germany with a request to help it get published in the leading German language science journal Zeitschrift fur Physik. In his covering letter to Einstein, Bose wrote “though a complete stranger to you, I do not feel any hesitation in making such a request. Because we are all your pupils though profiting only by your teachings  through your writings.”

Einstein, recognizing the importance of the paper, translated it into German and submitted it for publication on Bose’s behalf. The publication changed the life of Satyendra Nath Bose. The Dacca University now opened its eyes and agreed to fund his tour to Europe, even though he had only possessed a Master’s degree and no further qualifications.

Bose first visited Paris in 1924, where he stayed for a year. He conducted research in the Madame Curie Laboratory, which had special facilities. The next year, he left Paris for Berlin to join Einstein and work with him. There he came into close contact with noted scientists like Schroedinger and Heisenberg. He participated in all the meetings and discussions held there.

While Bose was in Berlin, the post of a Professor fell vacant in Dacca University. Bose’s friends persuaded him to apply but he was hesitant, as he had not got his doctorate yet. A recommendation by Einstein could have fixed the matter. With great hesitation, Bose approached Einstein for help. Einstein was surprised. He said “you are so proficient in your subject. Is their need for any other certificate?”  He wrote a letter to the authorities in the Dacca University, which had a desired effect. In 1926, Satyendranath Bose was appointed Professor and Head of the Department of Physics.

Bose served in Dacca University for nearly 25 years. As a teacher he was admired by his students who held him in high esteem. In 1944, when he was the Head of the Science Section in Dacca University, Bose was chosen as the General President of the 31st  session of the Indian Science Congress.

‘Indians are incapable of achieving anything great in science. At best, they are experts in subjects like philosophy “ was the view most held in the West during those years. Satyendranath Bose dispelled that impression and did yeoman service in the fields of science, with some pioneering contributions in the fields of quantum physics.

Satyendranath Bose was a self-taught scholar who had a wide range of interests in varied fields including physics, mathematics, chemistry, biology, mineralogy, arts, literature and music.

Back home, Gurudev Rabindranath Tagore dedicated his only book on science – Vishwa Parichay to him. The Government of India conferred the Padma Vibhushan award on Satyendranath Bose in 1954. At the age of 80, Bose suffered an unexpected and a severe heart attack and breathed his last on the 4th of February 1974.

The CERN experiment has once again brought focus on Satyendranath Bose. For India God Particle is as much Boson as Higgs.