Music is a kind of universal language thats understood by all listening hearts, regardless of the language its sung in,  Thats exactly  what THAGNI is.  Its based on the dohas of Legendary Saint and Poet Sant Kabir.  These  wonderful philosophical   dohas  are set to tunes and sung by extremely talented and versatile young artists Abhas & Shreyas 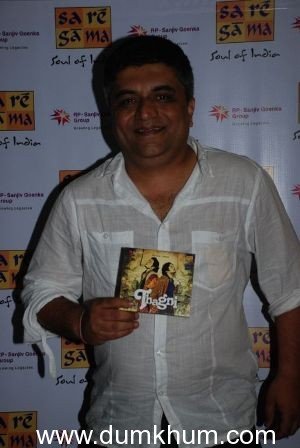 Abhas shot to fame at an early age in 2004 after winning the Sa Re Ga Ma Pa Kids Special on Zee TV. He also participated and was jury award winner for best singer in Amul Star Voice of India season 1. This was followed by anchoring of a series of TV shows like “AMUL STAR VOICE OF INDIA CHHOTE USTAAD” Season 1 & 2 “AMUL MUSIC KA MAHA MUQABLA on STAR PLUS and “Bharat ki Shaan” on DD National. Shreyas Joshi though we have not seen and heard him much but he is no less talented. Abhas & Shreyas have together & worked on various jingles documentary films. Their jingle for the AADHAR CARD is getting  popular all over country. Have sung for the Bollywood movie “NAUGHTY @ 40” for Govinda & has also sung for music directors                                     like Shankar-Ehsaan-Loy, Anand Raj Anand, Aadesh Shrivastav, Monty Sharma. They have given 100 LIVE performances across the globe in the past 4 years. They are currently working on a Bollywood Movie project with Shatrughan Sinha & Rekha “Aaj  Phir Jeene Kee Tamanna  Hai” and also a song in the movie. Adarsh Gupta, Business Head,  Saregama  India Ltd., said “ The album Thagni is a  novel concept. It is a contemporary representation of the classic work of Sant Kabir that will capture the hearts of all  Kabir followers and promises to  appeal to the younger generation.  Also this is a formal first launch of two of the most promising singers of the future.”