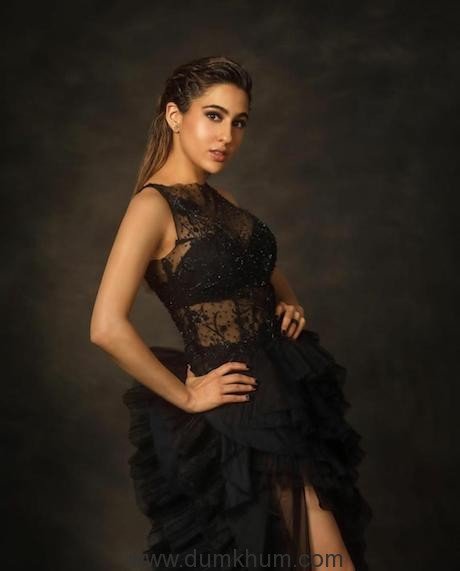 The Buzz Girl of Bollywood Sara Ali Khan has been in the headlines ever since she made her debut for reasons ranging from having back-to-back releases to being the most sought after face for magazines covers, the actress was recently awarded the ‘Fresh Face Of The Year’ award at the Vogue Beauty Awards in Mumbai.

The actress looked drop-dead gorgeous dressed in a black ruffled and thigh-high slit gown as she walked down the red carpet with her hair neatly pinned and a pair of black pumps completed the look for the stunning young lady who looked absolutely ready to slay! 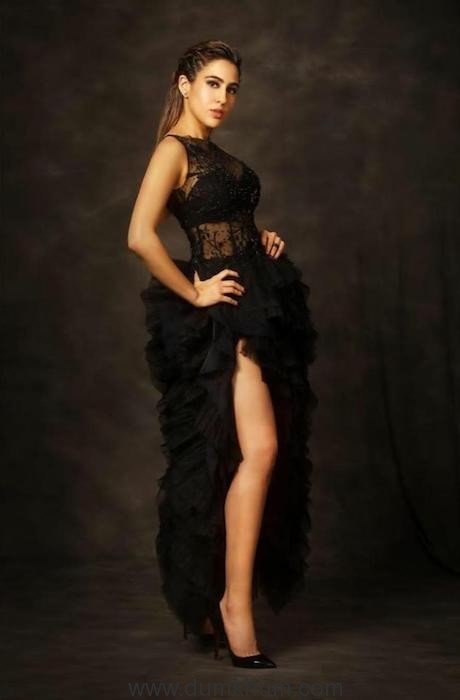 The actress was undoubtedly the best choice for the award as she has been an inspiration of many people for the way she carries and expresses herself. Her excellent choice of films and bubbly personality add as a cherry on the cake.

The actress already has 11 brand endorsements in her kitty, with an estimated annual revenue of over 30 crores, this year alone and the brands range right from a sports brand to a jewelry brand which shows how versatile an actress she is.

Further, the actress will be next seen in the recently announced Imtiaz Ali ‘s next alongside Kartik Aaryan and with Varun Dhawan Coolie No.1, both of which are slated to be released next year.