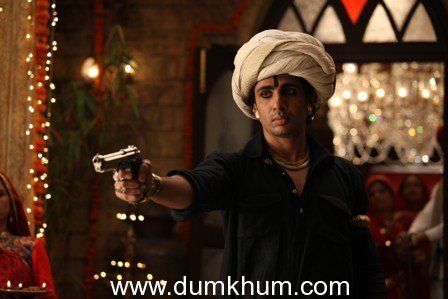 Sanjay Leela Bhansali’s “Goliyon Ki Raasleela: Ram-leela” has surprised everyone, the movie is a
resounding hit and the looking at the box office collections of the opening week, the movie has worked its magic on the audiences. The entire star casts were spot on with their performance, even the talented Sanjal Leela Bhansali was impressed by Gulshan Devaiah’s performance.

The source further added, “Bhansali was also seen telling his friends about how well and subtly Gulshan has essayed the role of Bhavani and how he is one of the surprise packages of the film.”

Ever since the movie has released Gulshan has been receiving praises for his performance. Gulshan will be seen in an all new avatar in Phantom’s next “Hunter”, the actor has also signed a two movie deal with Pooja Bhatt. After such a performance the actor has a great year ahead.