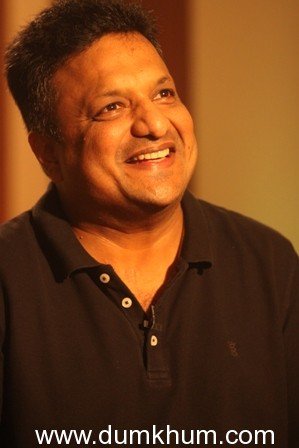 In 2008, Sanjay Gupta under his banner White Feather Films had made Dus Kahaniyaan which was the first feature length film in India to have ten short films within it. It had stars like Nana Patekar, Naseeruddin Shah, Shabana Azmi, Sanjay Dutt, Manoj Bajpayee amongst a host of others.

Sanjay Gupta’s love for the short story format continues as he has just started writing a series of short stories to be published as a book.

Says Gupta – ‘I’ve finished writing the first three and to be honest am quite enjoying the process. My cinema is essentially dark and nourish, but I am consciously moving away from that space and making my films brighter now. So this is the obvious platform for me to release all the dark stories I still want to tell and to tread fearlessly in telling these stories. It’s a luxury you do not have when writing for the screen. Also I am in talks with a major publishing house that we have been working in the past with.”

Can we expect another Dus Kahaniyaan?  He says –  “Certainly not with these stories as they are extremely dark and graphic and would find it impossible to pass through our censors.”