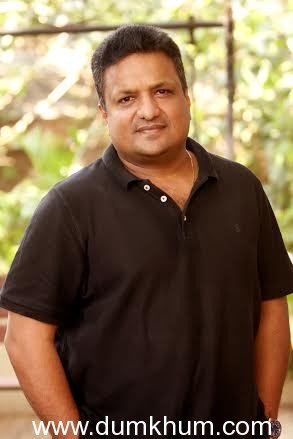 White Feather Films is all set to change gears in their forthcoming film. Director – producer Sanjay Gupta who has helmed films like Kaante, Musafir, Zinda and the latest blockbuster Shootout At Wadala has signed on Milap Zaveri to direct an out and out comedy for the his production house.

Writer-director Milap Zaveri who has written the dialogues for Shootout At Wadala – directed by Sanjay Gupta and who wrote Indra Kumar’s Grand Masti is all set to direct a film titled “Ooh La La” for the latter’s production house. Says Milap Zaveri – “I started my career with Kaante, directed by Sanjay and then was resurrected by his Shootout At Wadala, so it’s a huge honour for me to be directing a mad crazy comedy on the lines of “Housefull”, “Golmaal” and “Dhamaal” for him! Even though it isn’t a sex comedy, it will be “Grand” and have loads of “Masti”! On being contacted, Sanjay Gupta said – “It’s going to be a very clean comic film, which will have three heroes and two heroines. There won’t be any double meaning or cheap thrills,” says Gupta, adding that the film will go on the floors around September-October this year. “Now, I am looking at expanding my wings as a producer, so the idea is to make all kinds of films, including comedy, and not be stuck with just one genre.”