Saluting the Uncrowned King of Rhythm

A musical tribute to the Tabla virtuoso Shafaat Ahmed Khan Pancham Nishad Creatives presents “A Tribute to Shafaat Ahmed Khan” a concert to pay respect to one of the leading Tabla players of his generation. The first session of the concert will commence with a vocal recital by Aparna Kelkar followed by a performance by Zakir Hussain in the second half. The accompanying artistes would be Ajinkya Joshi (Tabla), Milind Kulkarni (Harmonium) and Ajay Joglekar (Harmonium). The concert is scheduled to be held on the 21st of July, 2013 at Veer Savarkar Sabhagruha, Shivaji Park, Dadar from 6:30 p.m. onwards. Entry to the concert is free. Padmashri Ustad Shafaat Ahmed Khan, with his incredible ability as a performer had swayed the music & rhythm lovers, spread across the globe with his nimble fingers moving on the tabla creating rhythmic yet melodious sound resonance which was nothing short of magic. He was one amongst those few who could bring out the beautiful melodic nuances in the rhythms of the tabla. It seems only apt that the memory of this amazing musician and personality remains alive eternally. 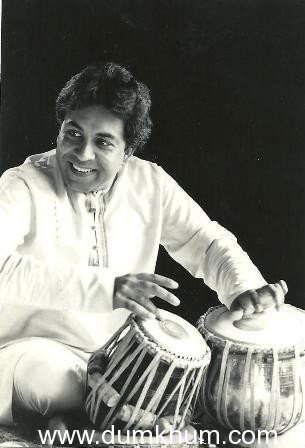 Shashi Vyas, Director, Pancham Nishad Creatives says, “It was in 1981 that I heard Shafatbhai for the first time. He had been called to accompany the living legend Padma Vibhushan Birju Maharaj- Kathak dancer in the world when the two of them commenced their performance, I was mesmerized. The two hours thereafter were sheer magic as was Shafatbhai’s simple, elegant and excellent artistic persona and skill. The entire performance replete with extraordinary dance steps & movements were matched by equally extraordinary percussion notes played on tabla by Shafaatbhai creating a thrilling resonance seldom heard. The concert was and still is an unforgettable experience for me. Such talent when matched with a heart of gold, humble demeanor and right attitude is the stuff legends are made of. This tribute is a small attempt on our part to honour the man and the musician for his exceptional contribution to the world of Indian music.” 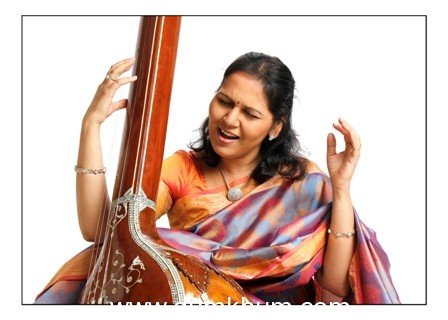 The first session of the evening is presented by vocalist Aparna Kelkar who was initiated into Hindustani classical music by late Mrs. Purnima Talwalkar. Thereafter, Aparna continued to undertake nuances of the Agra gharana from its well known exponent, late Padmabhushan Pt. C.R.Vyas. Apart from traditional training, she is also a merit holder in the Sangeet Alankar examination conducted by the Gandharva Mahavidyalaya. Aparna is also a B+ grade artiste of All India Radio for Classical and Light Music.

The second session of the evening will commence with a performance by the tabla virtuoso Zakir Hussain. He is appreciated both in the field of percussion and in the music world at large as an international phenomenon. A classical tabla virtuoso of the highest order, his consistently brilliant and exciting performances have not only established him as a national treasure in his own country, India, but gained him worldwide fame. His playing is marked by uncanny intuition and masterful improvisational dexterity, founded in formidable knowledge and study.

The event promises to be one to remember as two artistes will display their strength and magic while commemorating  the man, the musician, the unsung hero ……Ustad Shafaat Ahmed Khan.