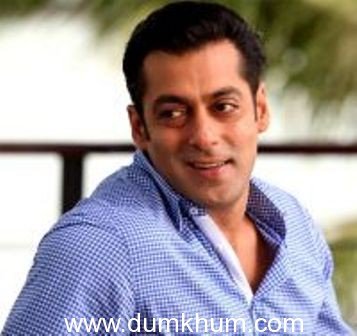 The Film and Television Producers Guild of India today announced that the ninth edition of the Renault Star Guild Awards will take place on the 16th of January at the NSCI stadium in Mumbai.

Speaking on the announcement Mukesh Bhatt, President of the Film & Television Producers Guild of India said, “The Film and Television Industry has witnessed an incredible year in 2013 with regards to the quality of content produced. We are very excited and look forward to the ceremony that will celebrate the incredible performances and have a great time this year as well.”

Mr. Sumit Sawhney, Executive Director, Renault India Pvt Ltd said “Renault India is happy to work together with the Guild in its second year to highlight achievements of distinct personalities driven by a commitment towards passion and excellence. Renault, the most awarded automaker in recent times, understands what it takes to win the hearts of people and also win accolades from a proficient jury. As we have always believed, both the Guild and Renault lay special emphasis on Driving the Change and are therefore a perfect fit with each other”

Talking about the awards, Gaurav Banerjee, General Manager Star Plus said, “We are pleased to host the prestigious Star Guild Awards, one of the most reputed and official awards of the Film & Television industry. The award winners are selected by the industry Guild – making it truly democratic, credible and honouring achievers across categories within the fraternity. With Salman Khan returning as the host yet again, we promise to make Star Guild Awards a power packed blockbuster night of celebration.”

Sabbas Joseph, Director, Wizcraft International Entertainment said, “Wizcraft has partnered with the Guild for the past 8 years and we are very proud of the success of the event. We are certain that the 9th edition of this prestigious awards ceremony will be a huge success and honor some of the finest talent in the industry today.”

Conceptualized, produced, marketed and promoted by Wizcraft International Entertainment, the Awards will bring together the most celebrated stars of Indian Television and Cinema on one spectacularly star-studded stage.

It is the only Award that does not allow the general public to be part of the voting process in keeping with its policy of ‘By the Industry, For the Industry’. The Guild consists of over 160 members, who constitute some of the most powerful and influential luminaries in its sector. The winners of the Awards are chosen by the Guild’s members, making it one of the most credible and much revered accolades.

The Renault Star Guild Award 2014 soaps will be a scintillating evening with the presence of the biggest and brightest personalities and an unbeatable glamour quotient.

Wizcraft International Entertainment, India’s leading Event and Entertainment Company is dedicated to showcasing its expertise on the world stage. The Global Indian Music Academy (GiMA) and The International Indian Film Academy (IIFA) are some of its initiatives. Having begun its operations in 1988, Wizcraft has conceptualized and produced events staged in Mauritius, UK, New York, Dubai, Singapore, Malaysia, Netherlands, South Africa, Iraq, Australia and Sri Lanka among others. Wizcraft’s clientele comprise leading global corporates, governments of various countries, leading international entertainment and sports associations, and celebrities. The company is focused on providing Global Event Management Solutions at the doorstep of its global clientele.

It has a leading presence in regional broadcasting as well, through a bouquet of affiliate channels which includes Star Jalsha, Star Pravah, Asianet, Asianet Plus, Suvarna and Vijay.