Whilst Sonakshi Sinha is gung ho on the release of her film NOOR on April 21, 2017, she seems even more excited to be travelling for the Salman Khan ‘DA BANG’ tour to Australia & New Zealand, which is clashing with the release dates.

According to sources close to her, Sonakshi considers DABANNG as her gift to her by Supernova Superstar and the ‘Sultan of the box office’ Salman Khan. 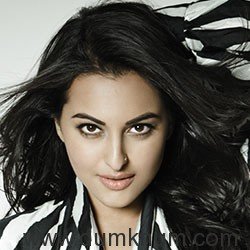 Says Sonakshi “No words can describe how special Dabangg is to me and I love live performances so I’m glad that one of the biggest International Tours of 2017 is called ‘Da-Bang’-The Tour, which is similar to my debut film. I’m really excited taking it international and eagerly looking forward”

When further quizzed if she would like to be involved in every part of Dabangg, if ever the successful franchise extends to Dabangg 5 in the future?Sonakshi excitedly quips “Of course , Dabangg is my debut film , it holds a special place in my heart and I love the characters Rajjo and Chulbul Pandey. If the script has Rajjo in it you can be assured it will be played by me and no one else”

She adds “My closest friend got married in Sydney, and I have special memories of the same and especially of the beaches in Australia too. And now I will be performing there, Am excited being onstage. I love the energy that comes with performing live and am looking forward to the tour in Australia & New Zealand!

When asked that since she loves performing live,  which performers inspires her internationally, Sonakshi quickly adds “ I enjoy watching the shows of Beyonce, lady Gaga, Rihanna, Miley Cyrus, and Justin Bieber. Their production value is always outstanding and they are all rounder’s when it comes to entertainment”

And on nudging on to reveal a sneak preview of the magical Jodi act with her idol Salman Khan for the Da Bang Tour, Sona replied “Again we are working on the creative’s so the audiences will have to come to the show to watch but I assure you that if the Dabangg Jodi is together again it will be great”

But the most pleased are the organiser of the DA BANG’ tour, Yaju Vaghela from Chocolate Room & Yogesh Sharma from Cinestar who concurred that Sonakshi complements the brand ‘Da Bang’ and were thrilled when she signed up without a moment hesitation. They have planned a very special ‘Wow’ sequence with her and Salman Khan which will be revealed in due course.

Yaju Vaghela, The Chocolate Room, says “Sonakshi is an exceptional and a killer performer. She has got that ‘Dabangg’ attitude in her. And with the special ‘wow’ sequence we have in mind, it will sure be a power packed’. The DA BANG tour top lines the ultimate supernova Superstar of the masses and the box office ‘Sultan’, Salman Khan and we are sure that this Jodi will rock the show. We at Chocolate Room celebrate the ‘Da Bang’ tour and taking the brand to an international level. It will truly be a world class event in scope and execution”