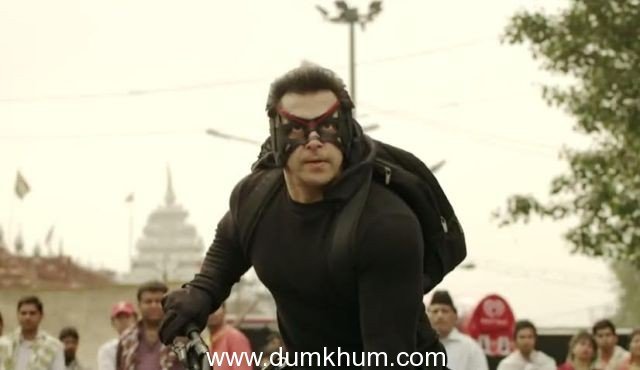 Salman Khan beats Shah Rukh Khan. Shahrukh Khan’s chase sequence in the film, Darr has been holding the industry record of the longest chase sequence. With Sajid Nadiadwala’s Kick, Salman Khan is all set to break that record.

Salman Khan, who plays a Devilish character in the film, has a long chase sequence that is shot in Delhi. There are a couple of chase sequences in the film on various vehicles; bicycle, modified bike and a double decker bus.

But this one, shot in Old Delhi is more complicated as it had to be shot on busy streets and narrow lanes. It involves complex stunts like Salman doing wheelie and jumps with the bicycle. 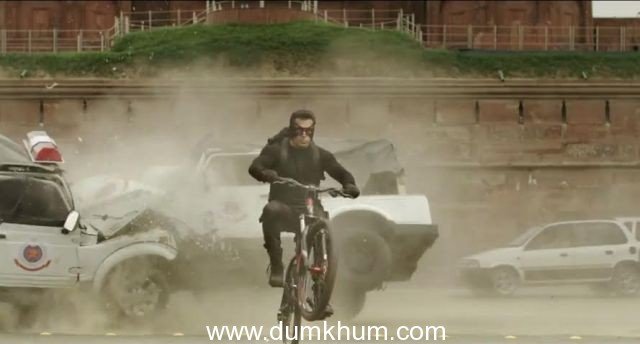 Audiences will get to see Salman doing unusual stunts at some landmark places in Delhi where they shot this chase sequence.

There were multiple cameras that were set up, some on the terrace of buildings as well to get the shots right.

The production team is so excited about this sequence that they are wanting to approach the Limca book of records to officially hold the record.

However, since they are extremely busy with promotions and post productions work now, they have decided to do it sometime post the release of the film.