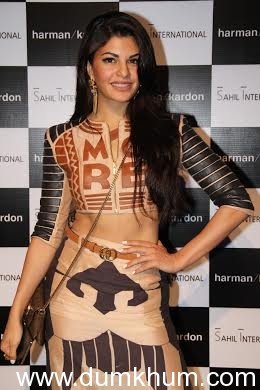 Jacqueline Fernandez, who will be next seen starring opposite Salman Khan in Sajid Nadiadwala’s ‘Kick’, is well on her way to making it to the big league of actors.

Not too long ago, Salman had praised Jacqueline for opting to do her own stunts and her own dubbing for ‘Kick’ and recently, at the promo release event of the film, Salman compared Jacqueline to yesteryear glamour queen Zeenat Aman! Not only this, Salman also referred to her as Zeenat Aman Fernandez a couple of times.

Talking about his co-star, Salman said, “There is one actress whom I love a lot and that is Zeenat Aman and I feel Jacqueline is the one who will reach that stardom.” Salman also added, “I taught her some basics in Hindi and I must say she speaks Hindi well with the spot-boys while on the sets,” said Salman .