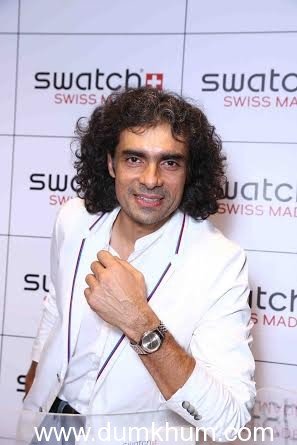 There are only a few movies that make noise more than a year before its release. And Sajid Nadiadwala seems to be doing it right again, bringing the hit pairing of Ranbir Kapoor & Deepika Padukone back to screens after the mega blockbuster Yeh Jawaani Hai Deewani. Making it even bigger is that he’s roped in director Imtiaz Ali for the film.

The second schedule for the film shoot has recently begun in the snow clad mountains of Shimla.

Directed by Imtiaz Ali, Tamasha is the most anticipated forthcoming Bollywood film. The shooting of the film took place in Corsica, France in July 2014.  Ranbir Kapoor plays a free spirited person who wants to spread happiness and Deepika’s character in the film is of an adventurous and fun-loving girl. There are several sequences which the duo were dabbling in dance and staging skits for the locals. The troupe is one of the reasons for the film’s title ‘Tamasha’ which also refers to the Shakespearean monologue, ‘All the world’s a stage and all the men and women merely players’.

A. R. Rahman is all set to take over the audiences with his new tunes in Tamasha, and the combination of Sajid Nadiadwala, A.R. Rahman, Imtiaz Ali, Ranbir Kapoor & Deepika has already made this one of the most anticipated releases of 2015. So get ready to do the Tamasha in Christmas next year.