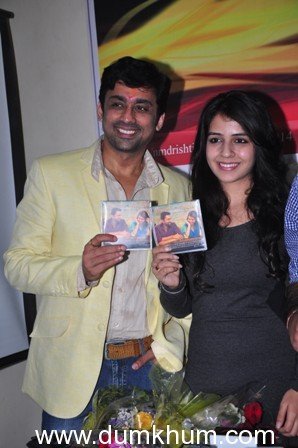 Sachin Gupta released the music of his forthcoming film ‘Paranthe Wali Gali’ in Mumbai in the presence of Vasundhara Das, Anuj Saxena, Neha, Prabhakar Srinet, Joi Barua and the students of NM College. Students cheered Vasundhara & Joi Barua when they rendered two songs live for them. “I have been able to give this kind of music because after narrating the story Sachin gave me complete independence,” says Vasundhra who is making her debut as a music director with Paranthe Wali Gali. Music Director of Paranteh Wali Gali is Vasundhara Das, while two songs are done by Vikram Khajuria. Singers are KK, Joi Barua, Siddharth Basrur, Jasraj Joshi, Tejas Shankar and Vasundhara Das. “She has given music that is complimenting the story and characters of the film. It is one of the very important features of my film and takes the narration ahead,” says Sachin Gupta. 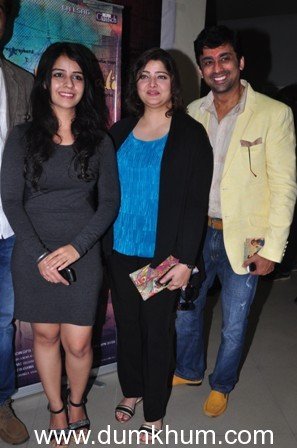 Co-Produced by Civitech, this Film showcases the real charm of Old Delhi and all the local areas from Dariba Kalan to Kinari Bazaar and Khari Bawri. Its star cast includes Anuj Saxena and debutant Neha in lead. Story, screenplay and dialogues are by Sachin Gupta, Music Director is Vasundhra Das & Vikram Khajuria (2 songs), Cinematography is by Debasish Banerjee, editor is Vinay Chauhan and Sound is by Vikram Biswas.