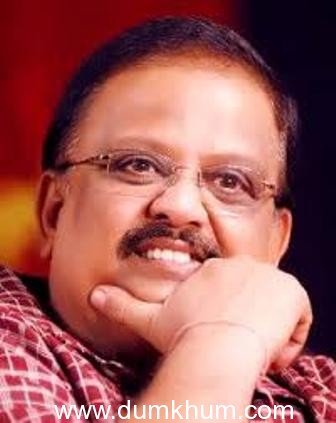 Revered North and South Indian film playback singer S P Balasubramaniamwho recently sang for Shahrukh Khan for the title song of Chennai Express, will next be seen singing a colossal track titled ‘Medhuvaaga thaan’ for the emperor of Indian cinema, superstar Rajinikanth for his forthcoming blockbuster film that is set to rival Hollywood’s Avatar, Kochadaiiyaan – The Legend.

S P Balasubramaniam in ways has been a lucky mascot for Rajinikanth, delivering multiple blockbuster tracks for the cinema icon. Director Soundarya Rajnikanth Ashwin was keen to present her father in his nouveau persona with not only great impact and gusto, but also in a way that would help millions of fans across the globe connect to Rajinikanth in a way that was familiar to them.

In keeping with tradition, Soundarya approached S P Balasubramaniam, to lend his voice for the track that introduces audiences to Rajinikanth as Kochadaiiyaan. The song also features Sadhna Sargam for the voice of Shobna who is paired opposite Rajinikanth’s senior role.

The music has been composed by Academy Award Winner A R Rahman which insiders say is a magnum opus in itself. S P Balasubramaniam’s collaboration with A R Rahman in Kochadaiiyaan is further testament to the string of successes they have shared earlier with tracks such as Roja which marked A R Rahman’s debut film.

Speaking about the track, Soundarya says: “The introduction of Rajini Sir in Kochadaiiyaan is an epic moment for the film and we required the correct musical backing and vocals to further emphasise the grandiosity my father’s performance brings.

There wasn’t a better vocal than that of S P Balasubramaniam’s to present my father in the film. The track which has been composed by A R Rahman is incredible and sets the tone of the film.”

After garnering almost 3 million views for its teaser trailer in a matter of only a few days, Kochadaiiyaan is set to blaze a trail globally in cutting-edgePhotorealistic Performance Capture Technology, as it rivals and transcends the technological capabilities of Hollywood masterpieces Avatar, Tin Tin and Beowulf.

South Indian megastar Rajinikanth is cast as the archetypal superhero in the epic dramatisation of good versus evil. He performs a dual role with the reigning Queen of Indian Cinema Deepika being paired opposite the younger character. They are joined by current and veteran stars of North and South Indian Cinema such as Jackie Shroff and R. Sarathkumar for a global, Pan-Indian cinematic treat.