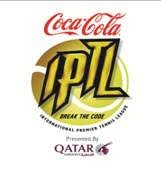 Leading the charge for the home team will be IPTL-debutant Rafael Nadal who will be joined by Agnieszka Radwanska and the core group of India’s very own Sania Mirza, Rohan Bopanna along with Ivan Dodig and player-coach Fabrice Santoro. The team has been off to a superb start having won 3 matches out of the 4 played so far, boasting of a win-loss percentage 54.36%

The league standings at the end of the 2ndleg in Delhi: