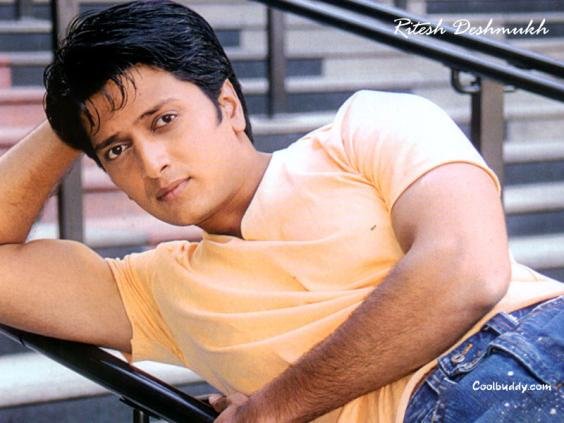 All eyes were on Riteish Deshmukh as he flew down to Thailand, Krabi Island only to land on the sets of Sajid Nadiadwala’s Housefull 2 all drained out to shoot for a group song titled “Humko Tumse Pyaar Hai” alongside co-actors Akshay Kumar,John Abraham and Shreyas Talpade –

Fatigued with the marriage arrangements in his family – Riteish turned up with dark circles and puffed eyes that couldn’t be camouflaged with make-up.Quick thinking on director Sajid Khan’s part – Riteish was asked to wear glares in the song.

Says a source “Riteish was busy in co-ordinations for his wedding as well as his brother Dheeraj’s – He still managed to fit the song shoot in between his hectic schedule however turned up with obvious dark circles given the lack of sleep .Sajid suggested he sport glares in the song and he readily agreed – it gives Humko Tumse Pyaar Hai a quirky twist”