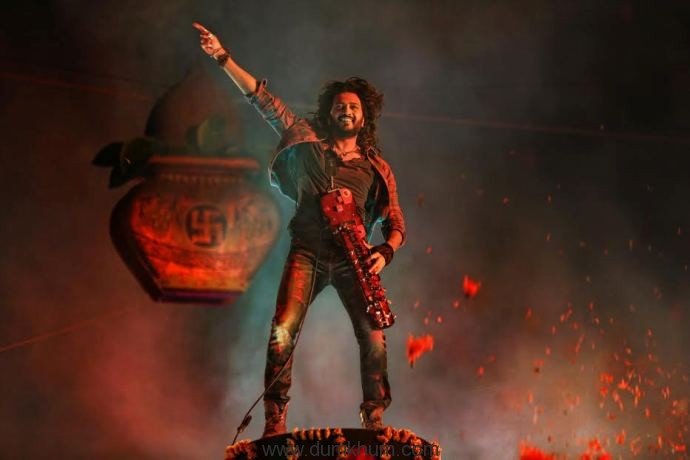 Riteish Deshmukh, who will be seen playing a street musician in Eros International’s Banjo, has performed a daring stunt for a song sequence.

To make it more interesting and exciting, the makers created a huge structure by stacking a huge cluster of dhols (musical instrument) on top of each other and Riteish had to stand on top of it which was 40 feet high.

A source says, “When director Ravi Jadhav narrated Riteish the concept, he instantly agreed since it was something he hasn’t attempted on screen before. Also, being a Ganpati song, he was more than excited to do anything that would make it look interesting on screen.”

Riteish says, “It’s one of my favourite songs from the film, shooting for the same turned out to be the most memorable experience ever. I remember I was standing at the height of 40 feet, which is almost the same as a four-storey building. Though all the safety measures were taken but  standing on a pyramid of Dhols was a bit challenging and on top of it I had to play the banjo.”