Riteish and Genelia Deshmukh Has Left Audience In Awe in a Never Before Seen Footage ! Never-seen-before behind the seen footage breaks the internet, leaves fans guessing on what to expect!

Earlier this week, the internet was buzzing with excitement as some of Bollywood and Television’s biggest names were spotted together on set. Some leaked footage showed Bollywood’s most loved couple Riteish and Genelia Deshmukh sporting some glamorous looks and having a fun time on set. Spotted alongside the dynamic duo were television’s most popular faces and reality stars and gym buddies Prince Narula and Karan Kundrra along with Karishma Tanna, Asha Negi and more. A few days ago, celebrity choreographer Terrence Lewis and actor Karan Kundrra took to their social media to post exclusive images from the sets with Riteish, Genelia, Asha Negi, Prince Narula and more that left fans wondering what’s coming next. Since Nia Sharma and Karan Kundrra worked together for a show by Flipkart Video, some fans are hoping for a new show in the works, a lot of the fans were quick to guess that the celebrities have come together to shoot the season 2 of Flipkart Video’s hit show Ladies Vs Gentleman, also hosted by Riteish and Genelia Deshmukh. 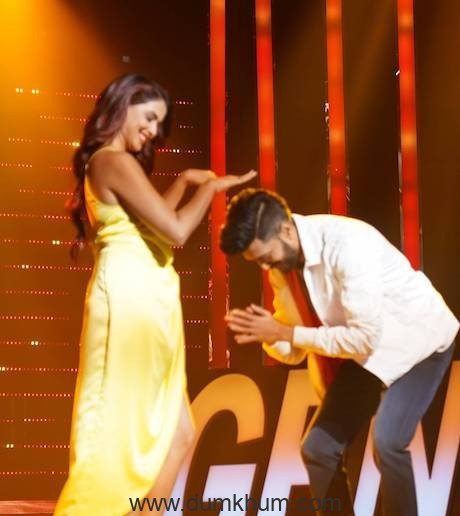 While the details of the project that they are working on are yet to be officially revealed, the footage showed the stars striking a pose together and sharing a few laughs on set. Will there be a season 2 of this show? Or will fans be left wanting more? Only time will tell.