In remembrance of 70 years of partition this August, the Godrej India Culture Lab organized a three day pop-up museum, Remembering Partition: Museum of Memories, on August 4|5|6 at the Godrej campus in Vikhroli. The event, split into two parts, included various art and history exhibitions and performances, discussions, showcases, screenings and more in the Auditorium at Godrej One in remembrance of the Partition.  India Culture Lab collaborated with institutions such as the Partition Museum Amritsar, the 1947 Partition Archive, Indian Memory Project and Godrej Archives for the pop-up. 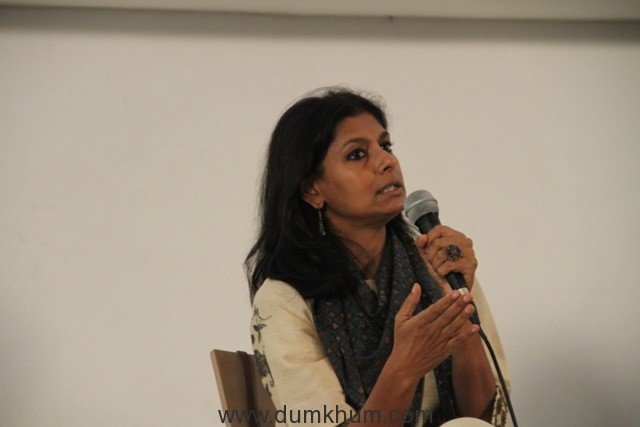 The three-day event was attended by more than 1000 people and witnessed participation by partition survivors, fashion designers and known Bollywood personalities like Nandita Das, Shyam Benegal, Ramesh Sippy and Govind Nihalani. In addition to hearing the tragic experiences of partition survivors the audience also attended sessions on post-partition cinema. Fashion designers like Sabyasachi, Abraham and Thakore, and Tarun Tahiliani also designed garments specifically for this project that were on the display in an exhibition. The exhibition also included a special section from The School of Environment and Architecture, Mumbai, focusing on the post partition stories of those who settled in Sindhi Camp, Chembur. The Riverside School in Ahmedabad also shared a touching project and sent in letters from young students asking their grandparents about Partition.

Key highlights of the event included –

Installed by GCPL Design Lab, the Well of Remembrance is a commemoration of all the lives that were lost in the horrors that followed the Partition. It was an especially horrific ordeal for women, who were driven to or forced to jump into wells across subcontinents in the fear of sexual assault and torture

Museum of Objects was an exhibition in collaboration with the Partition Museum of Amritsar and the citizens of Mumbai. In addition to exhibits provided by the Partition Museum, family members of Partition survivors donated priceless pieces of their worlds that hold the memories of that great divide and the consequences it had.

Screening of some of the movies and serials that directly focused on Partition such as Tamas, Buniyaad, Mammo etc

Rough cut screening of Simantorekha, a documentary on the repercussions of the Partition on Bangladesh and West Bengal. The film is by nine-time Bangladeshi National Award-winning director Tanvir Mokammel

Oscar-winning director Sharmeen Obaid Chinoy conducted a Skype call from the United States, for a panel on the kind of stories that are being told about the Partition. She was joined by renowned graphic novelist Vishwajyoti Ghosh and Nina Sabnani

The Godrej India Culture Lab is a fluid experimental space that cross-pollinates ideas and people to explore what it means to be modern and Indian. India Culture Lab is based in Vikhroli, Mumbai, at the Godrej headquarters. The Lab was launched in January 2011 as an attempt to create an alternative intellectual hub in Mumbai city that would serve as a catalyst for conversations about contemporary India, by brokering interactions between academia, the creative industries, the corporate world and the not-for-profit sector. Founded by Parmesh Shahani, the Lab curates and organize events of different sizes, most of which are held within the Godrej campus in Vikhroli and are free and open to attend for all – Godrej employees as well as members of the general public.  It also organize larger one-off special events, like conferences, lectures and spectacles such as the Pop Up Museum of Memories.