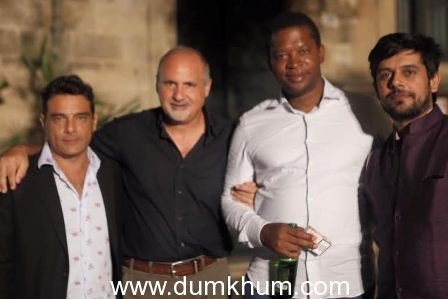 As reported by Italian news media “Rebellious Flower by Indian director ‘Krishan Hooda’, is a contribution to the knowledge of the personal biography of a man who represented a philosophical reference far beyond the borders of his country, and that brings us back to the ancient roots of certain philosophy / spirituality of the ancient ‘West mixed Orient”. 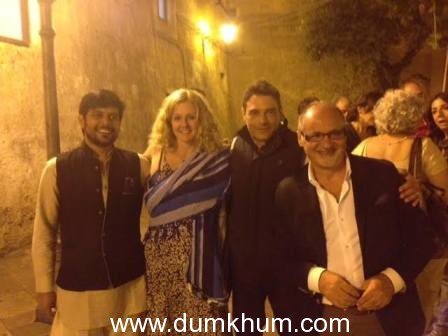 Salento International Film Festival celebrates real cinema around the world and the event witnessed many Italian celebrities and filmmakers, one of them was Marco Leonardi – Once upon a time in Mexico fame. The event was held in Piazza Pisanelli, in the heart of the Historic Centre of Tricase from 4th September to 12th September 2015. “Our work was liked and appreciated by everyone. I always wanted ‘Rebellious Flower’ should speak for itself and it spoke volumes. We could hear that with the accolade we received” said director Krishan Hooda.

The story is a bouquet of handpicked flowers from the garden of an unending celebration. Inspired on the life of Osho, the film is a first film on the spiritual guru – Rajneesh Osho.

The film narrates life of Raja in his adolescence and youth and moreover a rebellion in him, who is keen to unearth the answers beneath the surface of facts, which are acceptable to others. It beautifully narrates the transition Raja goes through in the phase of enlightenment and sanctity.

His childhood mentor his maternal grandmother called as nani by him, who nurtures his childhood and a strong pillar in his learning phase is very well depicted in the film. Their bond, love and unsaid understanding are soothing therapies of emotional connect.

Rebellious Flower is an anecdote which takes on the path of beliefs, Raja resolves to walk on. In retrospect he surmises that existence is inevitably attained by purely accepting the simplicity of subconscious with the help of his mentors

He embarks on a journey to understand the beauty that lies behind the unexpressed phrases of human perception and this is how he transforms to be a rebellious flower to share the essence and scent of its being, unconditionally.