Ravi Kishan to play a superstar in Bombairiya 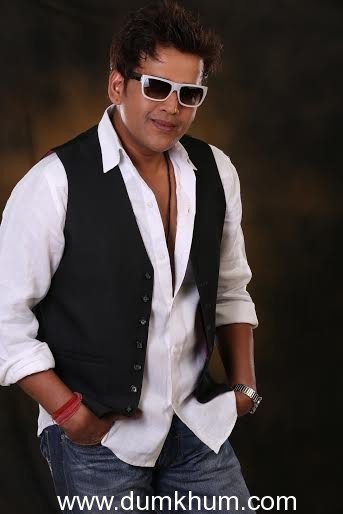 After announcing big names like Radhika Apte, Siddhanth Kapoor, Akshay Oberoi and Shilpa Shukla now Indo British producer Michael Ward has signed Ravi Kishan for his next film Bombairiya.
Ravi Kishan will be seen playing the role of Karan Kapoor, who is a superstar in films and whose popularity is fading day by day.
“Ravi Kishan plays a very important role in the film, Its a small yet powerful role.He is an award winning actor and a superstar in his industry. He has a great degree of professionalism and that was more then enough for us to sign him for this film.” says, Michael Ward
When spoken to Ravi Kishan he said, ” My role in the film is very unique in itself. I play the role of a fading superstar. I heard the script for 5 minutes and I was convinced that I want to do this role. It’s an interesting script and I am happy that I am a part of a film like Bombairiya. “
Bombairiya is produced by Indo British producer Michael Ward, the film is directed by Pia Sukanya. Bombairiya to go on floors on 25th April, 2015.