Raveena Tandon enjoying the current phase in her career. 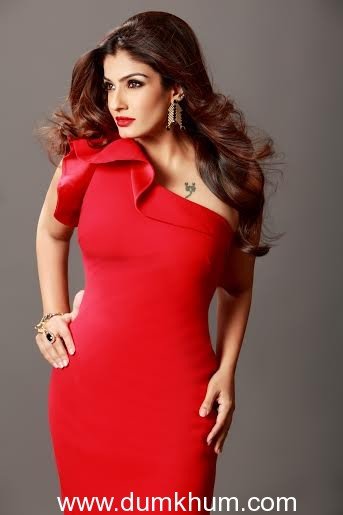 Raveena Tandon who ruled hearts for over a decade is currently enjoying this phase in her career that sees her strike a perfect work life balance.

The actress will set pulses racing yet again in Anurag Kashyap’s Bombay Velvet. Anurag Kashyap and Vikas Bahl  deeply admire Raveena as an actress and have great respect for the National award winning actress’ acting prowess .Raveena fans are in for a treat as the actress will be seen in a very glamorous avataar. Raveena will next be seen in Onir’s Shab, an edgy, dark and complex relationship story that delves into the psyche and darkness of human mind.

The actress who is also one of the most popular personalities on television was recently roped in by Sony Pal for a signature show “Simply Baatein with Raveena” ,which celebrates the spirit of womanhood and features around 60 celebrities covering interesting topics. Raveena Tandon is also a highly sought after brand in the endorsement circuit with jewellery, food & beverage and appliance brands in her kitty.

A source close to the actress says, “Raveena is enjoying the current phase in her career – having shot for Bombay Velvet ,her schedule is now choc-o-bloc with her television show,brand commitments and the shoot of Onir’s next .She is content in her space ,striking a balance between her personal and professional life…it’s been a great year for her husband ,Anil Thadani,the country’s most successful distributor having associated with the biggest films this year.The actress wants to take things slow and only take up work that interests her ”