Rascal Flatts to Sing Prior to Game 3; Usher to Take the Court Prior to Game 4 – 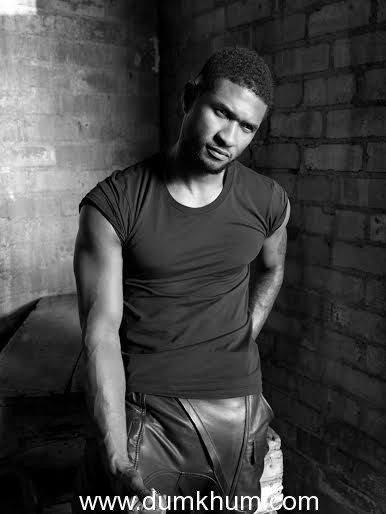 NEW YORK, The NBA announced today that country supergroup Rascal Flatts and eight-time Grammy® Award-winning recording artist Usher will perform the national anthem prior to Games 3 and 4 of The Finals, respectively.  Both performances will air live on ABC from Quicken Loans Arena before the Cleveland Cavaliers host the Golden State Warriors at 9 p.m. ET on Tuesday, June 9 and Thursday, June 11.

Since its debut in 2000, Rascal Flatts has taken the music world by storm, topping the charts with 15 No. 1 singles and selling more than 22.8 million albums and 29 million digital downloads.  No stranger to the big stage, the trio has embarked on its cross-country RIOT TOUR 2015 for the summer.  Group members Gary LeVox and Jay DeMarcus will return to their home state of Ohio for Game 3 of The Finals and perform with third member Joe Don Rooney at center court.

Superstar recording artist Usher is a multi-platinum music powerhouse.  He has sold over 65 million albums worldwide with numerous hits like “U Got It Bad,” “Yeah!” and “OMG.”  The talented singer, dancer and actor is currently recording his eighth studio album.  Usher, who became a part owner of the Cavaliers in 2005, will take the stage at Essence Festival in New Orleans this summer.

Rascal Flatts (Gary LeVox, Jay DeMarcus and Joe Don Rooney) has scored 15 No. 1 songs and sold more than 22.8 million albums and over 29 million digital downloads. Its current ninth studio album, REWIND (Big Machine Records), debuted at No. 1 on the Billboard Country Albums chart, making Rascal Flatts one of only four acts during the SoundScan era to have eight consecutive studio albums debut in the top spot.  As one of the hottest-selling acts on tour in any genre, Rascal Flatts is headlining RIOT TOUR 2015 across the country throughout the summer.

First discovered 20 years ago on “Star Search,” Usher has been ranked by the Recording Industry Assn. of America as one of the best-selling artists in American music history, having sold more than 65 million albums worldwide. He has won numerous awards including eight Grammy Awards, and was named the No. 1 Hot 100 artist of the 2000s decade. Billboard named him the second most successful artist of the 2000s decade, with his career-propelling 2004 album “Confessions” being ranked as the top solo album of the 2000s decade. Usher has attained nine Hot 100 No. 1 hits (all as a lead artist) and 18 Hot 100 top-10 singles. Usher recently completed filming for his role as boxer Sugar Ray Leonard in the upcoming film “Hands of Stone,” due in theaters later this year. In addition, Usher recently completed his second season as a coach on NBC’s Emmy award winning hit TV show “The Voice.” Usher is currently on the European leg of his world tour, “The UR Experience,” and recording his much anticipated eighth studio album set for release this year.