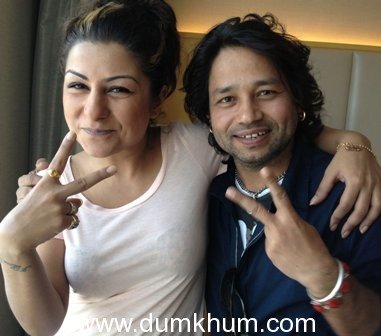 While in the public place we often bump into our acquaintances, friends or family. Something similar happened with Music industry’s two very dashing singer. The rap queen met Sufi king at the Chandigarh airport. Kailash Kher who was returning from his Kullu performance bumped into his very close friend Hard Kaur. Hard Kaur who was in Chandigarh to promote her newly released album “P.L.A.Y” was delighted to see her friend. After exchanging few words of greetings they both parted ways.