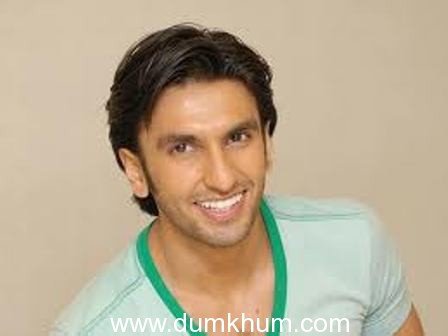 Continuing to recognize talent across Indian music, the 4th edition of the Gionee Star Global Indian Music Awards (GiMA) Awards powered by Reliance 3G will see the ever dynamic Ranveer Singh take centre stage to once again host music’s premiere awards. Ranveer also hosted the 2nd edition of the awards, which proved quite a hit among the audiences enthralling with an opening rap. Seeing the very best of India’s musical talent on one platform, the ground event will take place on 20th January, 2014, and be held at the newly inaugurated National Sports Club of India (NSCI) Stadium in Mumbai.

Speaking on hosting the awards, actor Ranveer Singh said, “It is a huge honour to be invited back to host an awards ceremony of this caliber celebrating Indian Music. The last time around was thrilling as I got to interact with the best musicians and singers this country has on offer. The Gionee Star GiMA is such a great platform and I am happy to celebrate an integral part of the Indian culture with the biggest names in music today.”

Speaking on the occasion, Arvind Rajnish Vohra Partner & India Head Gionee Mobiles said, “Music is a genre which has a universal appeal and it cuts across all the age groups and geography and in India music is part and parcel of the culture. We can’t even imagine our culture without music. Gionee is excited to partner GIMA which allows the brand to connect with TG by celebrating the spirit of music and recognizing the magic created by the artists.”

Commenting on the roping in Ranveer Singh as host , Sabbas Joseph, Director – Wizcraft International said: “Ranveer is one actor known for his spirited persona. The last time he hosted, we received such an overwhelming reception that we just had to get his infectious energy back on the GiMA stage. So I am confident the appreciation will be two-fold as the Gionee Star GiMA commemorates the spirit of the Indian music industry in its 4th year and Ranveer Singh joins in on the celebration”

GiMA provides a unified platform to celebrate and recognise those who push the boundaries of Indian Music, across a wide range of film and non-film music genres. This year, for the first time, GiMA has included new categories across POP, INDIE and EDM, making it a total of 13 awards in the Non-Film music categories and 11 awards for Film music. With greater representation of Indie artistes, GiMA has incorporated more contemporary music this year.