Ranveer Singh: The Most Desirable Man of 2015 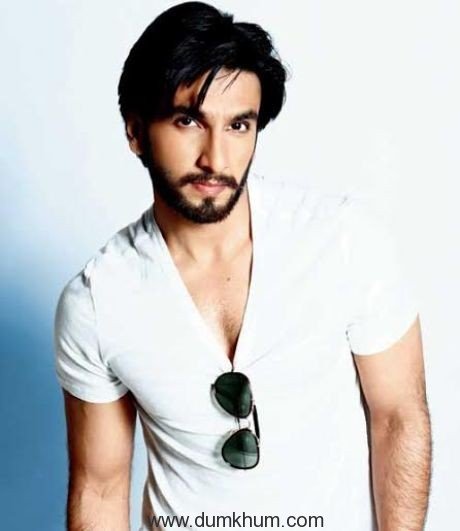 India has voted and chosen the Times 50 Most Desirable Men 2015. The 1.17 lakh (unique) votes received online on www.itimes.com/polls along with our vote decided the final 50 on this coveted list. It wasn’t a surprise that Ranveer Singh emerged as the numero uno on this list that compiles India&#39;s most irresistible men. He is thrilled about his win and tells us why being desirable is beyond being an attractive visual package.

It wasn’t a surprise that Ranveer Singh emerged as the numero uno on this list that compiles India’s most irresistible men. He is thrilled about his win and tells us why being desirable is beyond being an attractive visual package.

What do you think makes you so desirable?

I am thrilled that I am considered the Most Desirable Man in India today. Whatever it is, it feels wonderful to be called that. The dictionary meaning of desirability is someone high on sex appeal. In my case, iss baat mein koi sandeh nahin hai. When I was launched in 2010, people told me that I wasn’t the best looking guy, so I would have to act really well. I am aware that I am not conventionally good looking. I have heard it so many times that I have started believing it. Aditya Chopra had told me, You are not very good looking, so you have to act. I can’t sell you on a poster to people; they have to watch you to like you. I have grown up believing that when an individual excels at what he does, it makes him desirable. I am a living example that lack of conventional good looks should not hinder you from being awesome.

Three words that describe you the best…

From an obese teenager to the most desirable man in the country. You have come a long way…

I don’t think that physical attractiveness is the only thing that makes a person desirable. It goes beyond than just the visual package. It has more to do with the person&#39;s personality, their gift of the gab, wit, honesty, intelligence and their general vibe. I was an overweight teenager who got no attention from girls. When I was 14, during summer vacations I gained some height and lost some weight. Suddenly, I was attractive to the ladies. Ever since, there has been no looking back. I have been on the other side of the fence, and now when female adulation comes my way, it feels great. I have no problem being objectified. People can look at me as a piece of meat or an object of desire and I am fine with that. It gives me a kick when I am told, &#39;Haye kitna hot hai!&#39;

Everything you wear becomes a fashion statement. Do you try hard to be inimitable?

Well, my fashion is edgy but it can be best described as an expression of who I am. I don&#39;t filter what I feel. If there is an obnoxious looking shirt that catches my fancy, I wear it. I do it fearlessly because I have liberated myself from the fear of judgement. I don&#39;t believe in playing it safe. I take extreme decisions and people have their views, but I do it for myself. It amuses me. I like colours and prints. Monotones bore the hell out of me. And I can&#39;t stand the fact that men get stuck between black, white and grey. My dressing depends on my mood and my feelings are definitive of my style.

What do you think makes a woman desirable?

As an actor I am predisposed to people&#39;s energies and vibrations and I can pick it up instantly. If a woman has a good, genuine vibe I find her attractive. The physical aspect is the last thing on the list. For me, it is important that a woman has a sense of humour, is witty and can hold a conversation. And match me in repartee. I like women who enjoy music, movies and sports.

Who, according to you, is the most desirable woman in the world?