Rani Mukerji’s Mardaani has got a lot of appreciation from the industry. 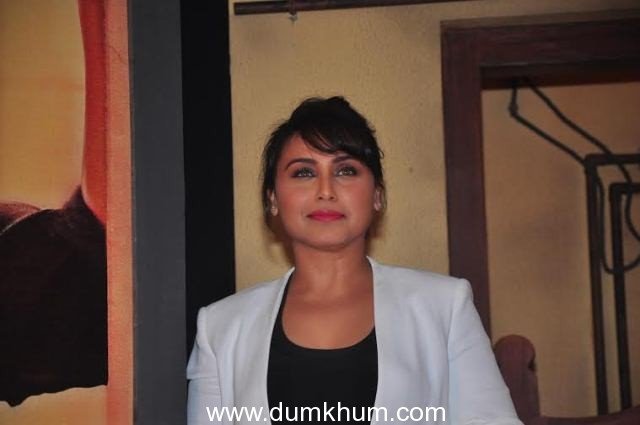 The gripping film which deals with the sensitive topic of human trafficking will see Rani played the strong headed police office.

The talented actress has received raving response from all quarters. Rani has been appreciated for her action packed performance in the film.

The actress has been getting a lot of appreciation calls and messages from the industry. A lot of actors has taken up Twitter to congratulate the actress.

salim merchant ‏@salim_merchant: Mardaani is a must watch! A powerful film with a very strong message. The film grips you right from the word go and leaves you speechless..

Karan Johar ‏@karanjohar: Rani Mukerji is simply Outstanding in #Mardaani!!!! Blows your mind!!! Take a bow @yrf for a relevant and compelling film!!!!

Ali abbas zafar @aliabbaszafar: Mardaani’ is one of the most powerful film of recent times. Relevant Gripping with powerful performance and flawless direction.

The film which released this Friday had a strong day one. Mardaani has opened better than other woman oriented films like Kangana Ranuat’s Queen and Vidya Balan starrer Kahaani.

The film has got a very positive word of mouth and is promising growth during the weekend. The film has been abuzz on the social media.

Mardaani has been trending on social media.  Audiences at large are loving the movie.  Audiences have been sharing strong feedback and creating chatter on the web.The word of mouth is very strong.
The overall vibe is very positive making the film grow almost double over the weekend.