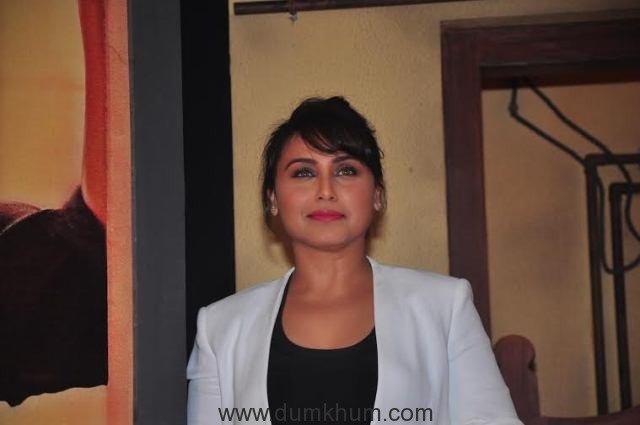 She took everyone by storm as the power packed police woman in Mardaani, and then took time off for motherhood. Now, Rani Mukerji will return to do what she loves doing the most. She will star in Yash Raj Films ‘Hichki’, to be directed by Siddharth P Malhotra and produced by Maneesh Sharma.

With Hichki, she will be seen in a positive and inspiring story about a woman who turn her biggest weakness into her biggest strength. Rani elaborates ” I was looking for a script that would challenge and excite me, and Hichki came my way. Each of us has a weakness that pulls us back. It could be a disability or any condition but if we just look at it as simply as a hiccup, we can emerge as a winner. It won’t come in way of achieving our dreams. Hichki is built on this positive premise and I decided to take it up.”

Hichki will be Maneesh Sharma’s third film as a producer with Yash Raj Films after ‘Dum Laga Ke Haisha’ and the forthcoming ‘Meri Pyaari Bindu’. Siddharth P Malhotra who has directed ‘We are Family’ will be making his first film with Yash Raj Films.