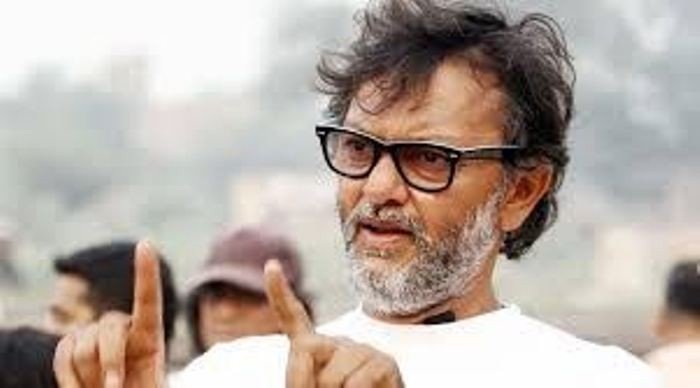 Filmmaker Rakeysh Om Prakash is known to give his heart and soul to his work. The talented filmmaker is currently busy with the edit work of his next, a love story titled Mirzya.
We have already seen the examples of all his efforts with masterpieces like Rang De Basanti and Bhaag Milkha Bhaag to name a few.The film maker creates benchmark not only for Indian Cinema but himself, which he loves to exceed with every film.
After his last film Bhaag Milkha Bhaag became the celebrated film in 2013 and bagged major awards that year, the director has been focused on his upcoming project, Mirzya.
Mirzya is Rakeysh Omprakash Mehra’s first ever Love story. The film features debutantes Harshvardhan Kapoor and Saiyami Kher in the lead. Though the film has been shot and is complete, Rakeysh Omprakash Mehra being the perfection that he is is brushing up on the intricate details of the film.
Rakeysh has been spending major part of his days editing the film with utmost focus. Since this is the filmmakers first tryst with the genre he is leaving no stone unturned to make Mirzya yet another fine work of his.

Inspired by the folk tale of “the legend of Mirza – Sahiban”, Mirzya is an epic action-romance that plays out in contemporary times. The film unfolds filled with heightened drama & action packed sequences in the visually rich terrain of Rajasthan, juxtaposed with flashes of the fantastical universe of the folklore set in the bleakness of Ladakh.

The story of Mirzya has been written by poet and lyricist Gulzar, with music created and crafted by the musical trio of Shankar Ehsaan Loy. The film introduces Harshvardhan Kapoor and Saiyami Kher, along with Anuj Chaudhary, all of whom make a dramatic entry in this untold love story and brought to life in the Director’s inimitable style.
Produced by Cinestaan Film Company & ROMP Pictures and directed by Rakeysh Omprakash Mehra. The film is set to release on 7th October 2016.