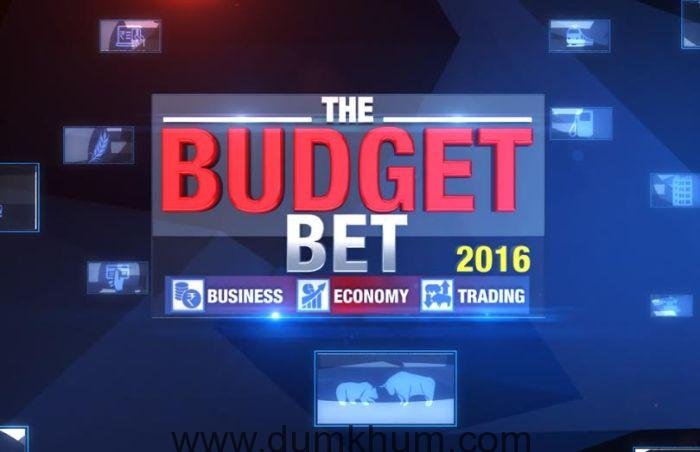 The year 2016 brings with it sky-high expectations from the government with the Union Budget 2016.  Bloomberg TV India, part of the world’s largest financial news network unveiled the Union Budget 2016 theme. The theme was unveiled by Mr. Rakesh Jhunjhunwala, partner at Rare Enterprises during the biggest market conversation of 2016 exclusively on Bloomberg TV India.

While the roller coaster at global markets continue, Big Bull Rakesh Jhunjhunwala is betting on a better year ahead for India and doesn’t expect the United States to slip into recession or China to collapse as it is being feared by many investors. Pointing out that the market fall was driven by fear and apprehension, the Warren Buffet of India remains bullish on the market.

Holding a contrarian view on the world’s largest economy, Jhunjhunwala said there is no evidence that the US will grow slower in 2016 than 2015. No event has taken place to anticipate fall in US growth, he said exclusively to Bloomberg TV India. For Budget 2016, Bloomberg TV India will lay out a comprehensive line-up of special shows which will showcase the best-in-class insights from Business, Economy and Trading with overarching theme “ The Budget BET 2016”.

India is poised to take a giant leap towards attaining a holistic growth in the coming days. It’s all up to the Finance Minister to seize the moment in Budget 2016. For all the action, stay tuned to Bloomberg TV India all through February and March.

Bloomberg TV India, nation’s premier English business news channel with unique access to newsmakers and research-based data, illuminates stories that affect companies and industries. Bloomberg TV India provides immediate perspective on critical business news as it happens, from where it happens. Backed by an enviable squad of Indian journalists, global network of 150 bureaus and 2500 professionals, we deliver the most credible insights to our viewers.