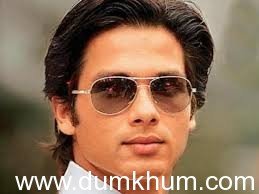 While his films leave audiences in spilts,director Rajkumar Santoshi is quite the prankster in real life too – Recently while on the sets of his upcoming film,Phata Poster Nikla Hero produced by Ramesh Taurani ,the director pulled a prank on his film’s lead Shahid Kapoor –

Fitness aficionado Shahid Kapoor is normally seen sipping on an energy drink on the sets much to Raj Santoshi’s curiosity. On asking the actor,Shahid offered the director a tall glass of the drink, only to be faced with a situation that left him dumb found.

Santoshi started panting and claimed it made him feel extremely uncomfortable, adding to that, the unit also advised the director to seek immediate medical attention. The frightened Shahid Kapoor was then told that it was all a big prank,much to his relief.

Says a source, “When Rajkumar Santoshi realized that Shahid Kapoor was getting panicky and worried, it was only then that he revealed that they were pulling a prank on him.”