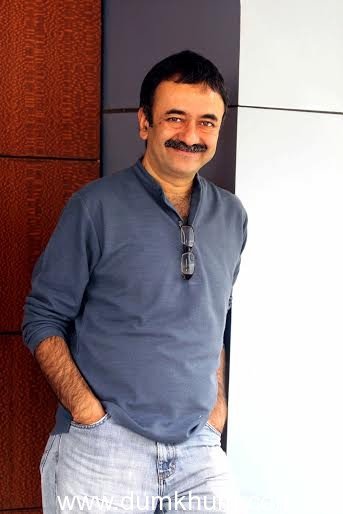 Rajkumar Hirani received a grand standing ovation on his recent visit to Warwick University in London. The multifaceted director was invited to take a session at the university on any subject related to film-making, and he chose to talk on film editing.

He feels that editing as a profession has always been undervalued; however it is of key importance and plays a strong role for every film. He had gone there to underline the importance and the need of good editors.

He believes that it is essential to understand the requirement of good editors in today’s cinema. Even students who are planning their career into film-making, need to grasp basic technicalities of film editing. An editor can completely take over the film and use his creativity to give a perfect direction.

Rajkumar Hirani who is also a trained editor at FTII feels that editing gives a complete new vision to direct a film. According to him, directing a film gets more exciting when you have the sensibilities of basic technicalities related to films.

He had a wonderful session with the students and was delighted that he got an occasion to share his experience with all of them.

Rajkumar Hirani shares, “‎Editing can either enhance or ruin the film. It’s almost as important as script writing. When the management requested me to pick a topic, I chose to underline the importance of editing.”

He further adds, “I was delighted by the enthusiasm and response of the students.”