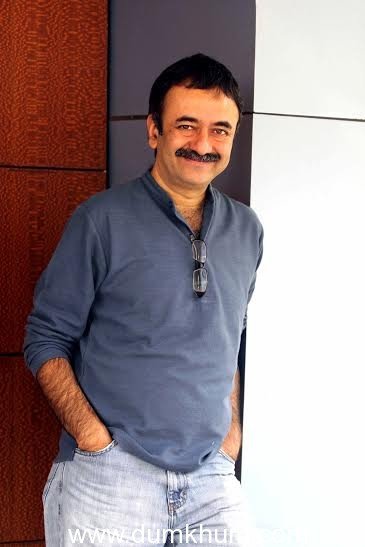 Raj Kumar Hirani is known to be locking himself in a room for long hours while working on the editing of his films. Raj Kumar Hirani was an editor before he became a director.

The director has two studios where he works on the edit of his films; one in Vidhu Vinod Chopra’s office in Santacruz and the other in his own house in Goregaon. We have heard how Raj Kumar Hirani shoots his scenes and edits them simultaneously. So, whenever the director would be shooting in Film City, Goregaon, he would go to the editing studio in his home to work on the editing.

Similarly, when he is doing any other work like having internal marketing meetings or doing any production work in Vidhu Vinod Chopra’s Santacruz office, he works in the editing studio there.

Raj Kumar Hirani does not prefer wasting all that time in commuting. So, he edits in both his studios depending on the convenience that time.

His upcoming next film, P.K. starring Aamir Khan has created a huge buzz with the posters and the teaser that was recently launched. The film is slated to release on 19th December 2014.