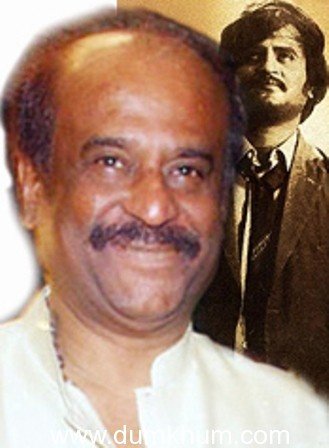 Debutant director supremo, Soundarya Rajnikanth Ashwin, has achieved a feat that no director in North or South Indian cinema has to date, that being to convince the emperor of Indian cinema, superstar Rajinikanth, to sing a track in a film in Hindi, for the forthcoming magnum opus Kochadaiiyaan – The Legend.
Twenty years since he first sang for a film, Rajinikanth returned to the music studio, this time with Academy Award winning music director A R Rahman, to sing in both Tamil and Hindi for a philosophical composition, ‘Mannan’. He had earlier sung the track Adikuthu Kuliru, an emotional track composed by Ilaiyaraaja.
Speaking about the track, Soundarya says: “When I asked my father to sing for the film he agreed immediately. He said one thing to me when I asked him why he hadn’t sung for a film before, he just said ‘no director has ever asked me to before!’
My father has sung earlier in Tamil for one of his films 20 years ago but since Kochadaiiyaan is a trilingual film, he has sung in Tamil and Hindi for one the tracks which is a first for him and a treat for all of his fans. The track is very philosophical with and given the feel and meaning of the track, it wasn’t too hard a task to convince my father to take to the mic!”
After garnering over 3.5 million views for its teaser trailer in a matter of only a few days, Kochadaiiyaan is set to blaze a trail globally in cutting-edge Photorealistic Performance Capture Technology, as it rivals and transcends the technological capabilities of Hollywood masterpieces Avatar, Tin Tin and Beowulf.
South Indian megastar Rajinikanth is cast as the archetypal superhero in the epic dramatisation of good versus evil. He performs a dual role with the reigning Queen of Indian Cinema Deepika being paired opposite the younger character. They are joined by current and veteran stars of North and South Indian Cinema such as Jackie Shroff and R. Sarathkumar for a global, Pan-Indian cinematic treat. The film is directed by Soundarya Rajnikanth Ashwin with music by A R Rahman.