Vipul A Shah’s mini-series Pukaar-call for the hero is set to move into an interesting plot in the upcoming episodes. Raj Babbar will go Anna Hazare’s way to raise his voice against the builders. But what is most interesting is Raj Babbar actually did Anshan for 6 hours for his character in Pukaar. 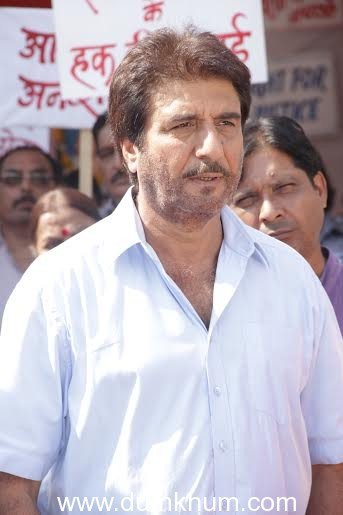 When asked the senior actor, he confirmed saying, “To be honest, I did not have courage to eat in front of people or drink water. The scene was so real that I shied away from food. This scene was filmed for three days and the first day for almost six hours I could not eat anything. Later, when I was not able to resist, I went inside and drank some water. In fact, I was not the only one so excited, the whole unit worked throughout the day without eating anything. Also one reason was that they wanted to finish the shoot. Like this the whole scene had become essential to everyone.” When asked if this scene will strengthen his political image, Raj Babbar said, “See the point I want to make clear here is that my political image has nothing to do with the character. In this show, I am a human being who is fighting for those rights. The story is also beautifully written that it won’t affect my political image.”