The fire you saw, the human story you missed! PVR Pictures release “Notre-Dame On Fire” on 24th June 2022

In 2019, when the Notre-Dame cathedral was engulfed in flames, people throughout the world were stunned by the event. While all of us witnessed the fire, very few of us know about the strong, brave and miraculous rescue operations that ensued. Academy award winning filmmaker Jean-Jacques Annaud brings that tale to light with his upcoming film. “Notre-Dame On Fire” captures the triumph of the human spirit when one of Europe’s most loved monuments was burning. A story of courage surviving amidst heartbreaking chaos, the makers have managed to weave actual real life footage of the fire into many sequences. 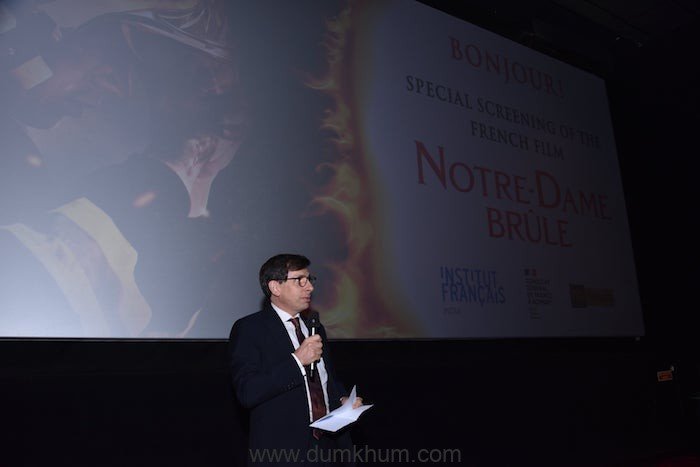 Talking about bringing the film to India, Kamal Gianchandani, CEO, PVR Pictures, says, “PVR Pictures is known for associating with the finest of international content, and ‘Notre-Dame On Fire’ is one such French title. It will be our continued endeavor to promote contemporary world cinema in India and introduce our audiences to special stories from across the globe.” The movie has already fetched numerous accolades across international circuits before its official Indian release. The French language film will be available with English subtitles. Featuring prominent European stars such as Samuel Labarthe, Jean-Paul Bordes and Mickaël Chirinian, if global reactions are anything to go by; Indian audiences have a spellbinding cinematic ride in store. PVR Pictures release, “Notre-Dame On Fire”, directed by Jean-Jacques Annaud, starring Samuel Labarthe, Jean-Paul Bordes and Mickaël Chirinian among others, releasing on the 24th of June 2022.