PVR Pictures, the flagship film production and distribution arm of PVR Group, has an exciting year planned for their audiences as they announce the release dates of the 2 big films releasing in 2013. 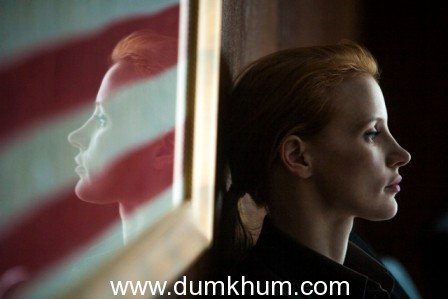 Zero Dark Thirty, the story of history’s greatest manhunt for the world’s most dangerous man is slated to release in India on the 15th of February. The film has bagged four prestigious nominations at the 70th Annual Golden Globe Awards. These include Best Motion Picture – Drama, Best Performance by an Actress in a Motion Picture (Drama) – Jessica Chastain, Best Director (Motion Picture) – Kathryn Bigelow and Best Screenplay (Motion Picture) – Mark Boal. Zero Dark Thirty is a chronicle of the decade-long hunt for the al-Qaeda leader Osama bin Laden following the September 11 attacks of 2001, and his death at the hands of U.S. Navy SEALs in May 2011. The coming year has an exciting line up of films from the distribution giant as they will be releasing The Impossible, Now You See Me and Broken City among others. PVR Pictures holds the experience of distributing over 325 Hindi, Hollywood and Regional films and with every passing year their hold is getting stronger in the distribution side.