Pulkit Samrat has young fans in Ladakh too! 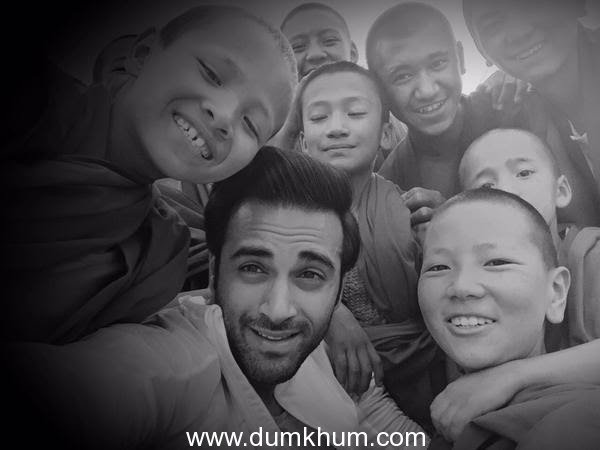 Pulkit Samrat seems to be surrounded with kid fans everywhere he goes. The young actor, who rose to immense popularity with the sleeper hit Fukrey seems to be extremely popular among the kids and the young. We recently heard how kids gathered around his vanity van when he was shooting in the suburbs for his next film.

This time around, when the actor went to Ladakh for the shoot of his next, kids gathered around him there too.The actor clicked lots of pictures with them and also put them up on his twitter account.